Although Amazon (NASDAQ:AMZN) has been one of the best-performing stocks ever over the long term, its share price has been in the doldrums lately. As the company is already one of the largest on Earth, investors appear worried about how much longer its growth streak can continue.

That concern isn’t totally off-base. Last quarter, Amazon’s revenue rose by a robust 20% — outstanding for a company of its size, but a deceleration from the 38.2% growth (36% in constant currency) it delivered during the prior-year quarter. And for the current quarter, management guided for revenue growth in the 10% to 18% range, though it expects currency exchange rate shifts will drag on that metric to the tune of about 210 basis points. Still, a result on the lower end of that range would mark a fairly significant slackening from the 30%-plus growth rates of the past two years.

However, there are two big reasons why Amazon shareholders shouldn’t worry so much about a big slowdown. 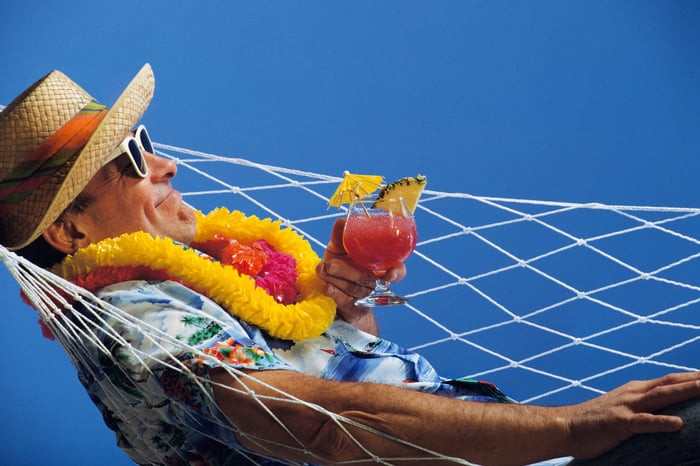 1. The highest-growth segments are smaller, but gaining

Amazon, of course, has several different lines of business. Amazon does a pretty good job of disclosing the performance of its various segments, in terms of both geography and product lines. The product segments are:

Going through the product segment breakdown, we can see how each of Amazon’s businesses are performing.

When one looks at the table above, a few things stand out.

First, Amazon acquired Whole Foods in the third quarter of 2017, which boosted Q4 growth by about $4.5 billion, and accounted for over 10 percentage points of that quarter’s 38.2% growth. Whole Foods was only a single-digit-percentage growth business when Amazon bought it, and its segment — Physical Stores — posted a negative (3%) growth in Q4 2018 — though 6% growth when factoring in online sales.

So, not only was the Whole Foods acquisition a tailwind for 2017 growth, it was also a corresponding headwind to Q4 2018, since it’s growing at a much slower pace than Amazon’s other segments.

In addition, the most exciting, highest-growth segments — Third-Party sales, Subscriptions, AWS, and Other — currently make up a smaller portion of overall revenue, but are growing at the fastest rates. In terms of their share of Amazon’s overall revenue, these four categories are gaining:

As these four higher-growth categories expand to make up a larger portion of the business, Amazon’s current growth rate should hold up for the next few years. And if it doesn’t, the deceleration shouldn’t be as significant as it was in this past quarter.

2. The highest-growth segments are also the most profitable

Another crucial point to remember is that these higher-growing segments of Amazon’s business also have its best profit margins.

Among them, Amazon only breaks out the operating margins for AWS: They clocked in at a robust 29.3% last quarter, an encouraging improvement over last year’s 26.5%.

However, Amazon’s other businesses outside of AWS also appear to be growing in profitability. Though Amazon doesn’t specify operating margin by segment, it does by geography. Over the past 12 months, its North American (ex-AWS) operating margin expanded from 2.7% to 5.1%. International operating margin losses narrowed, from (5.6%) to (3.1%). These shifts are likely due to the growth of third-party services, the mid-2018 price hike for Amazon Prime subscriptions, and Amazon’s booming online advertising business.

While this company typically guides to just one growth number, investors should remember it has lots of moving parts underneath. Fortunately, its highest-growth, most-profitable segments are becoming larger parts of the whole picture, and that’s a pretty promising situation.