You can learn a lot about a company by listening to management’s comments and answers to questions during quarterly earnings calls. You can also learn a lot based on what executives don’t say.

During Snap’s (NYSE:SNAP) first-quarter investor call, management dodged a couple of very important questions about the business. Chief Strategy Officer Imran Kahn either ignored or forgot a question about daily active user trends, and CEO Evan Spiegel wasn’t much more helpful when a second analyst brought up the topic again later. Additionally, when asked about ad load on the platform, Kahn ignored the concern.

Meanwhile, outgoing CFO Drew Volero said one of the company’s biggest financial goals is to grow users and sales, but management isn’t answering two of the most basic questions on the topics. 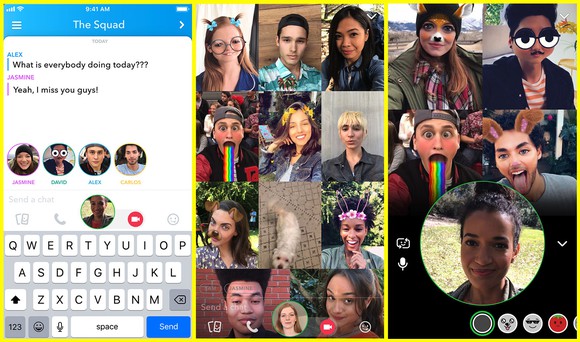 One of the biggest reveals on Snap’s earnings call was that the company actually saw a decline in monthly users in March compared to the rest of the quarter. Unlike its competitors, Snap counts daily active users over the course of the entire quarter instead of just the last month. Since Snap has historically added new Snapchat users every month, this actually resulted in lower numbers than would be reported if it adopted the same standard as the competition.

That changed in the first quarter due to the rollout of the redesign to most users in early February. “While we had an average of 191 million daily active users in Q1, our March average was lower but still above our Q4 average,” CEO Evan Spiegel said in his prepared remarks. That comment implies Snap ended the quarter with between 187 million and 191 million daily active users.

That’s concerning in and of itself, but what’s more concerning is that management didn’t really provide much in the way of positive comments for user growth in the second quarter so far. The most Spiegel could say is the company is “starting to see early signs of stabilization among our iOS users,” but Android still has a long way to go based on his other comments.

When pressed for specifics on how March compared to December, Kahn reiterated the numbers management already disclosed — March DAUs were between 187 million and 191 million. When pressed again, Spiegel said he couldn’tgive any specifics.

With impression growth far outpacing user growth and engagement relatively stable, it’s evident users are seeing ads in a lot more places within Snapchat than they did a year ago. When asked how the company feels about its ad load going forward, Kahn dodged the question, instead focusing on improving ad relevance.

The decline in average ad prices stems from the shift to more programmatic ad purchases, which use an auction instead of a set price. Snap is working to draw more advertisers to its platform, which it believes will drive ad prices higher through more competitive auctions. Active advertisers increased 20-fold year over year in the first quarter, but ad prices still declined sharply.

What’s more, management said it has no outlook to give on when investors can expect average ad prices to stabilize. It’s also seeing declines in its sponsored lenses and filters business, which now make up a minority of the ad business, and it expects to face continued pressure as it transitions those products to a self-serve platform as well.

If Snap can’t continue to increase ad impressions like it has, it could put a serious drag on ad revenue growth considering the declining ad prices. To be sure, Volero said he’s “planning for our Q2 growth rate to decelerate substantially from Q1 levels.” For reference, analysts were modeling second-quarter revenue growth on par with the first quarter before Snap reported its disappointing earnings results.