You never know when an expensive crisis will hit your family. Maybe you’ll lose your job, or perhaps a family member might be stricken with a health problem. Even something relatively minor on the human scale, like a broken-down car or a leaky roof, can put your finances on tilt if you haven’t planned ahead.

Unfortunately, nearly 1 in 4 Americans (23%) have no emergency savings at all, according to a new Bankrate.com survey. That means that even a relatively small unplanned expense can become a compounding problem that can lead to lingering debt, high interest expenses, and worse. 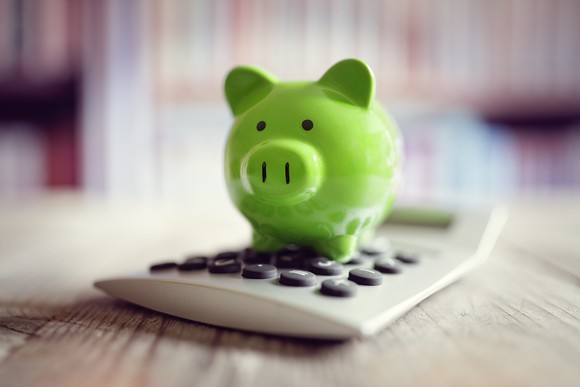 You should have enough to cover six months of expenses in your emergency fund. Image source: Getty Images.

How bad is it?

Beyond the 23% of us who have no emergency savings, another 22% have a financial cushion that’s too small to cover three months of their expenses. On the positive side, 29% of those surveyed said they have enough of an emergency fund to cover six months or more of expenses — the generally accepted target for how much you should have — and 18% are almost there, with enough to cover between three and five months worth of expenses.

Another key takeaway from the report: Many people are far more confident in the sufficiency of their savings cushion than they should be. Nearly half (47%) of those in the “less than three months in reserves” category nonetheless said they were somewhat or very comfortable with how much they have set aside.

In that vein, more than half of the 1,006 American adults surveyed (62%) said they were comfortable or somewhat comfortable with the size of their emergency funds — including 18% of those with nothing saved at all.

“Many Americans are kidding themselves if they have less than 3 months’ worth of expenses in emergency savings and claim to have any level of comfort with that,” said Bankrate Chief Financial Analyst Greg McBride in a press release. “The goal should be to have enough emergency savings to cover 6 months’ expenses — and anything less than that should cause discomfort.”

You have to start somewhere

If your emergency fund is lacking by that standard, you should take steps to change that. Ideally, you should examine your budget, make changes, and find a way to save some money.

You won’t get there all at once, of course: Pulling together enough to cover six months of expenses is a slow process. To jump-start that process, you may want to consider taking a side job or working extra hours. That may not be enjoyable, but having a six-month cushion in the bank will bring peace of mind. And if trouble does strike, having a proper reserve fund will reduce the pain of whatever crisis you’re facing.