Canopy Growth (NYSE:CGC) recently reported results for the last three months of 2018, and the beginning of Canada’s adult-use program helped the company sell 334% more marijuana than a year earlier. Unfortunately, operating expenses rose much further than sales, plus profit margins in the adult-use market are slimmer than expected.

Thanks to a $5 billion cash injection from Constellation Brands earlier this year, the company can afford the losses, but investors want to know if they’ll continue. Here are a few reasons to expect at least several more quarters of operating losses from Canopy Growth. 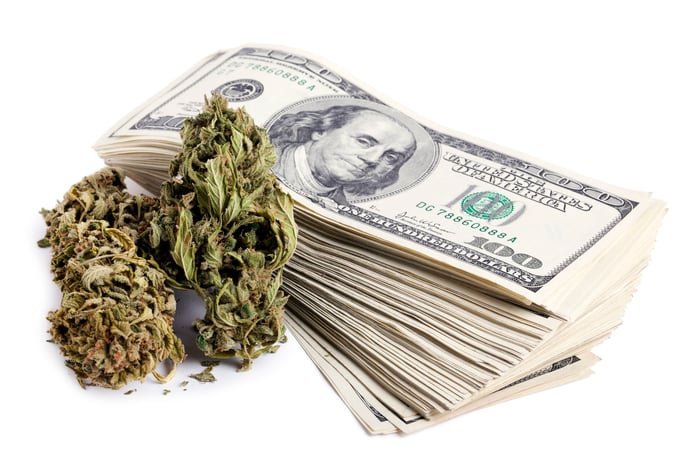 The rollout of recreational marijuana in Canada was a non-event for most of the country’s users because buying illicit marijuana has felt nearly legal for a long time. There are dozens of mail-order marijuana shops (MoMs) online that ship through Canada Post, discreetly, and most of them even accept PayPal. Although police can get warrants to inspect packages after they’ve been delivered, it’s rarely worth the trouble. Criminal charges for customers are practically unheard of.

Edibles and concentrates are the two fastest-growing product categories in the U.S., but you can’t buy either from licensed retailers in Canada. Of course, there are plenty of MoMs that cater to connoisseurs of both.

MoMs aren’t the only competition that licensed producers and retailers like Canopy Growth have to deal with. There are still plenty of illegal marijuana dispensaries throughout the country, and it doesn’t look like they’re going anywhere. In New Brunswick, Canopy Growth’s potential customers are waltzing right past government-run stores that sell its products and into marijuana dispensaries that don’t.

While there are occasional reports about dispensaries getting shut down by authorities, local municipalities that don’t want to be seen limiting patients’ treatment options rarely take action. When pressed about the issue, though, authorities generally claim that enforcing marijuana laws just aren’t an efficient use of limited resources. Whatever the case, Canopy will probably have to compete with a thriving illicit market for the long term.

Statistics Canada runs anonymous online surveys that ask people for the size and price of their latest marijuana purchases, illicit or licensed. The average price reported for non-medical marijuana fell to just 7.43 Canadian Dollars ($5.61) per gram in 2017, and that was before companies like Canopy Growth started producing enough cannabis each month to cover the Hudson Bay.

During the three months ended December, Canopy Growth recorded an average selling price per gram of CA$6.96 ($5.25) from recreational sales. That’s not necessarily bad, but the company also expensed CA$6.41 ($4.84) in production costs per gram sold.

The price difference for medical-use patients who want an edible solution is enormous. A 60-capsule bottle of Canopy Growth’s flagship brand, Tweed soft-gels, costs CA$226.80 ($171.23) at the Ontario Cannabis Store. The bottle contains just 600 mg of marijuana’s active ingredient, which is the amount of THC that patients can buy as gummies or candies for between CA$40 ($30.20) and CA$60 ($45.30) from MoMs and dispensaries.

Across the country, licensed retailers are having a tough time keeping their shelves stocked, but that isn’t because licensed producers can’t keep up. According to Health Canada, retailers sold just 14,379 kg of legal cannabis in December. During the same month, ready-for-sale product in the supply chain rose to 57,914 kg.

Aurora Cannabis (NYSE:ACB) is another giant Canadian producer that lost a lot of money recently, and its earnings call highlighted a possible cause of the perceived adult-use marijuana shortages. Aurora, Canopy Growth, and their peers have licenses to export medical marijuana to countries that pay more per gram. As a result, Aurora isn’t providing provinces with more adult-use cannabis than their long-term supply contracts require.

At the end of December, Canopy Growth’s inventory was worth CA$185 million ($140 million), or 23% more than three months earlier. Keeping sufficient inventory levels is important, but this much inventory growth during a perceived shortage isn’t a good sign. 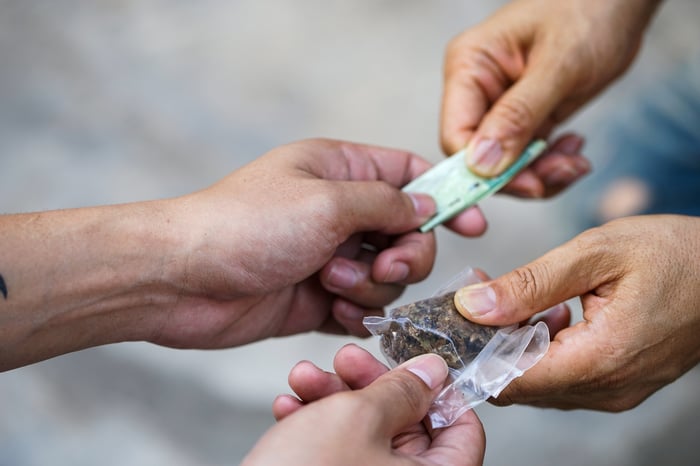 Canada’s adult-use program isn’t going to be the revenue contributor investors hoped for, and that’s going to cause Canopy Growth to report more operating losses in the quarters ahead.

Canopy sold medical marijuana in the EU for CA$13.28 ($10.03) per gram, which suggests the region could become a high-margin revenue stream down the road. Sadly, an international revenue stream is probably a lot further down the road than investors hoped for. International sales reached just CA$2.7 million ($2.04 million) during the quarter ended December, which was just CA$1.7 million ($1.28 million) more than a year ago.

Recently, members of the European Parliament approved a motion for a resolution on cannabis for medicinal purposes. The non-binding resolution will ask member countries to prioritize cannabis research and reconsider domestic laws that prevent its sale.

While a larger EU market could help Canopy Growth make ends meet, it won’t happen fast enough to stop this marijuana producer from bleeding money in the foreseeable future. That makes this stock too risky to even consider right now.