Netflix(NASDAQ:NFLX) took a hit after its latest earnings report came out, as the company missed its own subscriber-growth forecast. The stock fell as much as 14% on Tuesday but closed down just 5%, indicating that the market saw the sell-off as a buying opportunity.

The stock slide was deserved. The company had projected subscriber additions of 6.2 million but only delivered 5.15 million new members, a shortfall that came in spite of additional marketing spending.

Not surprisingly, the news sent jitters through the market as investors fretted about future subscriber growth. However, in spite of Netflix’s weak growth numbers, the long-term story is still intact. Here’s why I’m not worried. 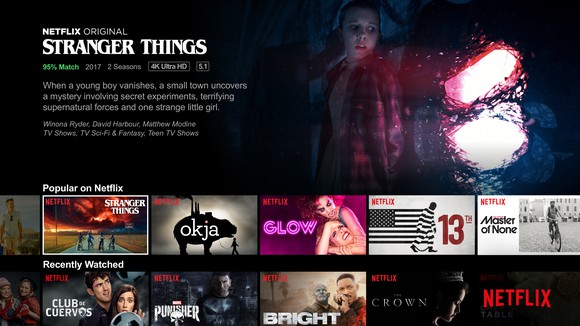 The problem is that Wall Street sees the Netflix subscriber miss as evidence of a trend and is extrapolating those numbers accordingly. Right now, analysts are dialing down long-term subscriber-growth estimates based on the quarterly miss, but I think that’s a mistake. While trend lines can be useful tools with other stocks — such as with comparable sales at retailers and restaurants — that hasn’t proven to be the case with Netflix, especially on a quarter-to-quarter basis.

Management has acknowledged that subscriber growth can be “lumpy” depending on new content releases or other factors. (The recent price increase could have dampened growth last quarter.) The spring and summer quarters are also seasonally slower, so this subscriber miss seems less concerning than if it had been in the fourth or first quarter.

There’s still plenty of payoff waiting in Netflix’s recent content spending. One of the challenges with the business model is that Netflix has experienced deeply negative cash flow to fund productions that haven’t reached viewers, and therefore haven’t given investors a chance to reap those rewards.

However, Netflix viewers and investors have plenty of top-notch programming to look forward to. This includes shows from the Obamas, who signed an exclusive deal with the leading streamer; a deal with Shonda Rhimes, creator of hit shows like Grey’s Anatomy and Scandal;and Ryan Murphy, the man behindGlee andAmerican Horror Story. And there are others.

The streamer also has movies coming next year from Oscar-winning directors like Martin Scorsese and Alfonso Cuaron. The upcoming release from the Obamas alone coulddrive subscriber growth, as they are among the most closely followed and admired people in the world.

Additionally, earlier this week, Netflix announced its first shows from Millarworld: the comic-book property that Netflix acquired last year. Millarworld’s comics includeKick-Ass,American Jesus,andJupiter’s Legacy.Netflix has credited previous subscriber beats to strong content releases such asStranger Things, and it’s possible that subscriber growth lagged last quarter because its original content slate wasn’t as strong as it’s been in the past.

It’s also worth remembering that Netflix was just awarded more Emmy nominations than any other network, with 112 nods across 40 series, snapping HBO’s 17-year streak at the top. In other words, Netflix’s content continues to get better.

Netflix has been on an incredible run this year. After adding 55% last year, the stock has already tacked on as much as 120% this year. Even after the post-earnings sell-off, the stock is still up 90%. That’s an amazing gain in barely more than six months for a company the size of Netflix, which is worth more than $150 billion.

Considering the stock’s surge over the last few months, it’s not surprising to see investors let out some of the air. While Netflix shares certainly deserved to move higher after two blowout earnings reports earlier this year, the fundamentals may need to catch up to the stock price.

Luckily, there’s a consolation prize for investors, despite the subscriber growth miss: Netflix’s profit is surging. Earnings per share spiked from $0.15 a year ago to $0.85 last quarter thanks to the recent price hike, delivering on the company’s promise to increase its profitability. For the current quarter, Netflix sees EPS improving from $0.29 to $0.68, and analysts expect that figure to more than triple from $1.25 in 2017 to $4.35 in 2019. That should assuage investors who may be nervous about potentially slowing subscriber growth.

While it may be disappointing to see Netflix miss the mark, there’s no need for investors to panic. The growth story remains solid, and the market seemed to remember that on Tuesday as the stock recovered most of its initial losses.