Tech stocks are almost always popular, and it’s easy to see why. No other industry offers more of a potential for blockbuster returns than technology, as it often represents the Next Big Thing in business. Many of the most valuable companies in the world today, like Facebook, Alphabet, and Amazon, were just start-ups 15 or 20 years ago. The tech-heavy Nasdaq has also easily outperformed the S&P 500, doubling the S&P’s 105% return over the last decade.

With tech stocks continuing to rally, it’s not too late to find some winners. Keep reading to see why our Fool.com contributors recommend salesforce.com (NYSE:CRM), Apple (NASDAQ:AAPL), and Stitch Fix (NASDAQ:SFIX). 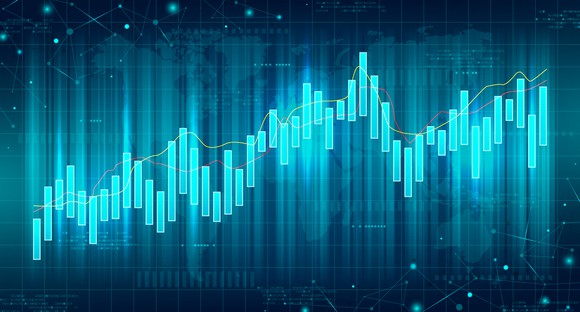 The force is strong with this cloud provider

Danny Vena (Salesforce): You might not think that the sleepy segment of customer relationship management (CRM) would be a place to look for solid growth. If that’s the case, you’d be surprised to learn that CRM software specialist Salesforce has been a powerhouse of consistent growth, with its stock up more than 45% in the last year alone.

According to research company Gartner, CRM became “the largest of all software markets” last year, generating revenue of $39.5 billion, and “will be the fastest growing market in 2018.” This provides Salesforce a fertile field on which to make good on its claims. It’s also worth noting that Gartner just named Salesforce as a leader in its Magic Quadrant for the CRM Customer Engagement Center for the 10th successive year. 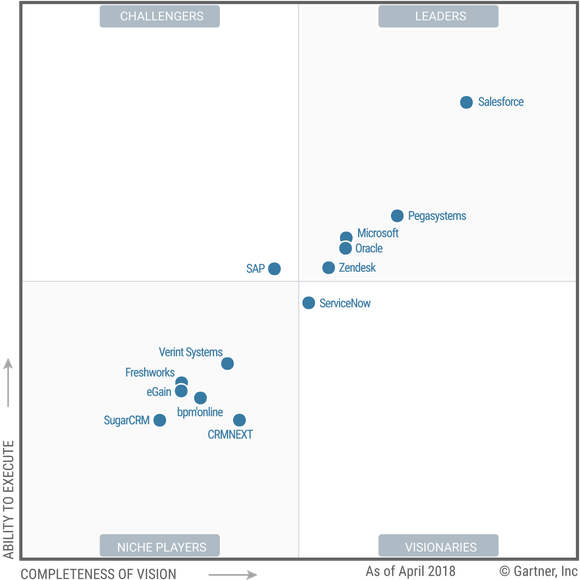 Salesforce has several competitive advantages that will help the cloud player achieve its ambitious goals. The company has been adding to its suite of products, having made 22 acquisitions in the past three years. This strategy of expanding into new markets now gives the company a larger foothold with its Sales Cloud, Service Cloud, Marketing and Commerce Cloud, and the Salesforce Platform (which encompasses all of the others).

The company has also been increasing its artificial intelligence (AI) proficiency with the Einstein system, which was designed to enhance its underlying product portfolio. Salesforce recently revealed that it was delivering nearly “two billion AI predictions per day with Einstein.”

With a solid track record, an expanding market opportunity, and a detailed plan for growth, I think Salesforce is the top tech stock to buy in June.

Always bet on the favorite

Chris Neiger (Apple): Apple doesn’t need an introduction, but just in case you’ve forgotten just how influential this tech company still is, I’ll give you a little refresher. Apple is the No. 2 global smartphone maker behind Samsung (though Apple leads with 51% of global smartphone revenue, thanks to the iPhone’s premium pricing). The company’s Apple Watch sales have helped it recently become the worldwide leader in wearables shipments. And the Mac maker continues to build out its services, like Apple Pay and Apple Music, further tying its customers into its expanding ecosystem.

Critics like to say that Apple’s innovation is gone. That’s a debate for another time, but what the naysayers fail to recognize is that the company has continued to deliver strong results for its investors. Apple’s revenue in the most recent quarter was $61.1 billion, up 16% from the year-ago quarter. Earnings per share jumped 30% year over year to $2.73, outpacing analysts’ consensus estimate of $2.68 per share. The company’s share price has seen a few dips over the past year, but it’s still managed to gain about 25%.

Apple not only looks like an attractive buy based on its consistent growth and its dominance in the smartphone and wearable spaces, but also because it’s been able to grow its services revenue at a rapid pace. In the second quarter of fiscal 2018, services revenue popped 30% to $9.1 billion. That’s a significant jump in sales, and it shows that Apple can find new revenue streams outside of the devices segment.

Investors will be happy to know that this tech giant is also giving its shareholders much more attention these days. The company just raised its dividend by 16%, and Apple’s board announced a new $100 billion stock repurchase program. If that’s not enticing enough for you to hit the buy button, then consider that Apple’s shares are trading at just 14.5 times the company’s forward earnings — well below the tech industry average.

Apple’s continued sales and earnings growth, its dominant and expanding position in devices and services, and its recent focus on shareholder value should be enough to convince many to pick up this stock. Add in Apple’s relatively cheap price, and you’re getting one of the best tech stocks for a steal.

This company is an e-commerce innovator

Jeremy Bowman (Stitch Fix): While Stitch Fix may not be a traditional tech company, as its business revolves around selling clothes, the company does so through a personal styling service that relies on data science and algorithms to help determine what customers like. The company believes its data-science capability gives it an advantage over competitors, and that component makes the stock worth considering for tech investors. In many ways, that recommendation engine gives the company a number of similarities to Netflix.

Fresh off a 26.5% surge last week following its third-quarter earnings report, Stitch Fix now looks stronger than ever. Revenue growth accelerated 29% in the quarter to $316.5 million, and the styling service posted net income of $9.5 million, good for a profit margin of 3%. Unlike many start-ups, Stitch Fix is profitable and has been for several years. Its earnings per share of $0.09 tripled Wall Street estimates of $0.03.

Even better for investors, the company has several growth opportunities on the horizon. In the report, management said it would launch Stitch Fix Kids in time for this year’s back-to-school season, targeting the $70 billion U.S. children’s apparel market for the first time. Earlier this year, the company began selling Extras — intimates like underwear and socks — for women, marking the first time it’s allowed incremental sales on the platform; this could pave the way for multiple new revenue streams. (The company’s standard service ships five items at a time to customers; they keep what they like and return the rest.)

The launch in Kids follows expansions into menswear and women’s plus-sized clothing in the last two years, showing the company is building momentum on multiple fronts. As the largest e-commerce styling service, Stitch Fix has an advantage over traditional retailers and smaller competitors like Trunk Club. After the latest report, investors may just be starting to realize the opportunity here.