It’s not always obvious when your employer is going to get rid of you. Sure, if you get caught stealing or miss a few days of work without explanation, it might be expected — but in others cases it comes seemingly out of nowhere.

Still, in many cases, there are signs that can tip you off that you might be getting fired. None are foolproof, and no one sign — or even all three — definitely means you’re on the chopping block. But in many situations, some, or all, of these three things happen as your boss gets ready to fire you. 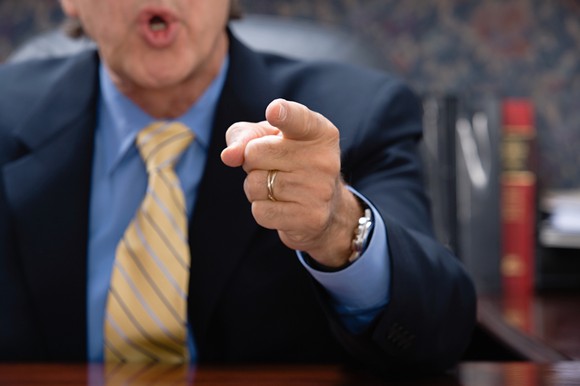 Sometimes your boss is just looking for a reason to be angry at you in order to fire you. Image source: Getty Images.

1. You’re no longer in the loop

If you find yourself no longer invited to meetings that were once routine without any explanation, that’s a cause for concern. In some cases, it can be more subtle: Maybe your boss has stopped copying you on emails, or perhaps they’ve stopped ducking into your workspace to talk about things.

2. Your boss sets you up to fail

Sometimes your company had decided to get rid of you, but has no real reason to fire you. In those cases, the company may set you up for failure. This could mean assigning you more work than you could reasonably accomplish or setting goals that are impossible to reach.

3. Your boss creates a paper trail

In some companies, firing someone requires that a process be followed. That can require a verbal warning or two, sometimes followed by a formal written warning. Sometimes a boss may downplay this process, calling them technicalities and telling you not to be concerned. In reality, this could be an attempt to get the ball rolling on removing you without alarming you too much.

If your projects suddenly lose access to money, help, and other resources, that may be a cause for concern. Look around to see if it’s a general belt-tightening or if you are being singled out. You should also be concerned if some of your most important responsibilities get transferred to someone else.

5. You see your job advertised

Many years ago I was hired as a consultant for an editorial company to evaluate whether their staff should be retained. I decided pretty quickly that they lacked the digital skills the job required, but we had no replacements lined up. To gauge the market we ran blind ads looking for candidates.

It would have been easy for the incumbents to discover those ads. The company name wasn’t listed, but the other details made it pretty clear.

What do you do?

If you suspect you’re going to be fired, you should make sure you avoid walking into a trap. Make sure your work performance is impeccable. If that’s not possible because work has been shifted away from you, it’s best to address the situation with your boss or employer.

It’s possible that will speed up the delivery of the bad news, but it may also give you a chance to fix the situation. Address your concerns with the appropriate people, and if they offer a plausible plan to keep your job throw yourself into doing that.

If, however, they ignore requests for a meeting or don’t calm your fears in a believable way, it may be time to get your resume together. It might be worth putting your suspicion that they may be looking to get rid of you out in the open so you can negotiate a mutual parting rather than having a firing on your record.

That’s sort of the nuclear option, so be careful in using it. But if the writing on the wall becomes clear, it’s smart to take a proactive approach.