This article is reprinted by permission from NextAvenue.org.

When a person is retiring, the elimination of work as a life-structuring factor often reduces psychological well-being. Many retirees report loss of status, identity and employment-based social support; some feel a loss of purpose. Sadly, somepeople who find the adjustment to retirement difficult resort to increased alcohol consumption and sometimes alcohol abuse.

Now a new study shows that drinking is increasing among those 60 and older, especially women.

Involuntary retirement is more likely to be related to increased drinking.

Thats according to a recent study in the journal Alcoholism: Clinical and Experimental Research that was based on the 65,303-respondentNational Health Interview Surveys.

Alcohol abuse is no. 1 substance abuse of older adults

Several other studies have found that retirement leads to increased alcohol drinking and that alcoholism can rapidly advance in this age group. Indeed, alcohol is the most common form of substance abuse by older adults. Nearly 3 million Americans age 55 and older suffer from alcohol abuse; by some estimates, that figure will reach roughly 6 million by 2020.

And a 2009 study in the American Journal of Psychiatry found that among adults aged 75 to 85, roughly 27% of women and a disconcerting 49% of men drank beyond the recommended guidelines for their age.

So the general consensus is that retirement can be a potential trigger for new or increased alcohol-use disorders among older adults.

Common reasons given for turning to liquor in retirement: to cheer myself up, combat loneliness, relieve tension and counter boredom. In addition, the newfound leisure time also encourages increased alcohol consumption.

The U.S. is the largest health-care spender in the world, but that doesn't actually translate into better health outcomes for Americans. Dr. Clay Johnston, Dean of the Dell Medical School at The University of Texas at Austin, explains why.

The National institute on Alcohol Abuse and Alcoholism and the American Geriatrics Society recommends no more than seven drinks a week and/or two drinks per one occasion for adults over 65; anything above those levels is considered at-risk drinking, which might cause relationship difficulties or health complications such as hypertension, damage to the heart and liver and being more prone to accidents.

These drink figures may sound low, but thats because even small quantities of alcohol can have a significant impact on the health and functioning of older adults. As we age, we metabolize alcohol differently, so we become more sensitive to its effects. This means that the same amount we drank when we were younger can cause more intoxication. 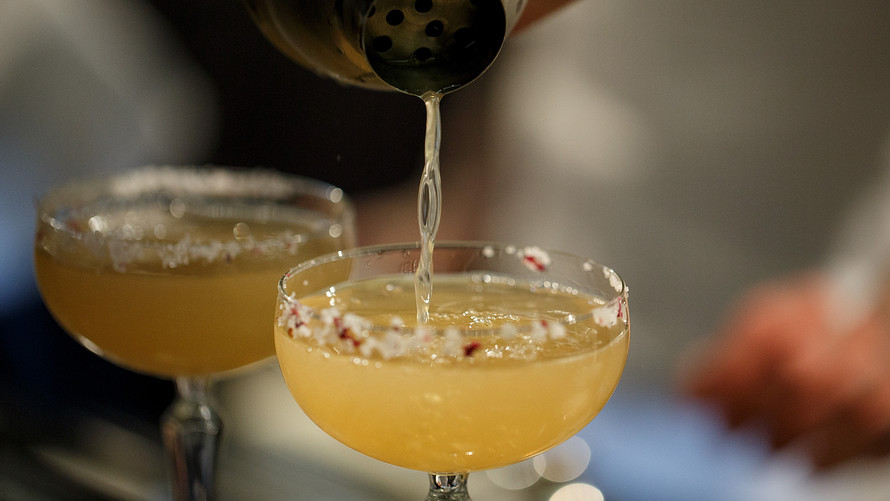 Getty Images Some occupations have a heavy drinking culture, causing some employees, and then those same people as retirees, to be problem drinkers.

Often individuals deny that they have an alcohol difficulty because only dependence is considered by them as a problem. If if they can stop drinking for a certain time period, for example, two months, they are convinced mistakenly that they dont have an alcohol-related problem. They dont realize that binge or abuse or even misuse is considered a disorder and health risk.

Alcohol consumption in retirement is impacted by six factors:

1. Your reason for retiring: Was it voluntary or an involuntary, forced retirement due to health issues (the retirees or his or her spouses) or organization pressure?

2. Your social network: Some occupations have a heavy drinking culture, causing some employees, and then those same people as retirees, to be problem drinkers. Also, your social network of friends in retirement has an impact, too. If your new buddies have higher drinking norms than your old ones, be careful.

3. What work was like before you retired: Leaving a stressful work environment might result in less alcohol consumption in retirement, while quitting work you found rewarding may lead to higher levels of alcohol because a source of happiness has vanished.

4. Your age at retirement: Alcohol abuse is likely to be more severe among people who retire at a relatively young age (in your 40s) and, conversely, among those who continue to work despite being eligible to retire. Both of these groups are likely to drink more in retirement as a way of coping with stressors in their life, such as retiring early due to health issues or remaining employed with a manual job thats painful because of your age.

5. Your financial stress: Facing a dramatic drop in income in retirement causes some people to drink more heavily. Peter A. Bamberger of Tel Aviv Universitys faculty of management recently wrote in the Journal of Work, Aging and Retirement about the 10-year study of substance abuse in retirees that he and Samuel B. Bacharach of Cornell University conducted. Bamberger said the study found that serious financial straits in retirement can lead to feeling unstable, lonely and depressed, which can cause retirees to look to alcohol or drugs for comfort.

6. Your marriage: As I noted in my book, A Couples Guide to Happy Retirement, roughly two-thirds of retirees experience increased marital conflicts and lowered marital satisfaction in the first two years of retirement. These difficulties might also trigger or aggravate alcohol misuse.

In summary, retirement per se does not cause alcohol abuse, but conditions underlying the decision to retire and experiences before and after retirement can.

As you plan and prepare for retirement, try to do whatever you can to strengthen the skills youll need to cope with retirement stressors such as changes in your relationships and your finances. This can help prevent retirement from becoming a trigger for alcohol abuse.

Sara Yogev, Ph.D., is a psychologist, author of A Couples Guide to Happy Retirement: For Better or For WorseBut Not For Lunch and a writer for Next Avenue.