The stocks of T-Mobile (NASDAQ:TMUS) and AT&T (NYSE:T) provide investors with the opportunity to profit alongside two of the top telecommunication companies in America. But which is the better option for you?

Read on to see how to decide between these two industry leaders. 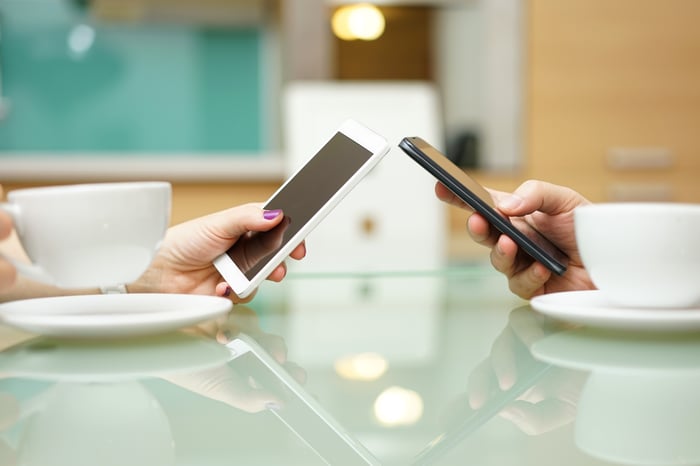 AT&T and T-Mobile may both be telecoms, but they have very different competitive strategies. T-Mobile has remained essentially a pure wireless company. Billing itself as the “Un-carrier,” T-Mobile has focused on eliminating customer pain points such as overage charges and annual contracts. It also offers best-in-class customer service and popular perks such as free Netflix subscriptions. Together, this has helped T-Mobile gain subscribers at a rapid clip, including 7 million new customers in 2018 alone.

AT&T, in contrast, has taken a much broader approach. In addition to being the No. 2 wireless provider in the U.S., AT&T is also the largest pay-TV provider in the country. The company has spent huge sums on acquisitions in recent years in order to bolster its ability to offer bundled service packages. It paid $67 billion for satellite TV provider DIRECTV in 2015 and $110 billion for media giant Time Warner in 2018. In turn, AT&T can now offer its customers a combined service package including wireless, broadband, and pay TV options.

Unfortunately, it’s beginning to appear that AT&T may have overpaid for DIRECTV. It’s shedding satellite subscribers at an alarming rate, and its once-promising DIRECTV Now streaming service is facing stiff competition from the likes of YouTube TV and Hulu, putting its future growth into question.

With more than $170 billion in net debt, AT&T is not exactly an exemplar of financial fortitude. Still, its revenue, profit, and free cash flow production all dwarf that of T-Mobile. Moreover, AT&T has prioritized debt reduction since its acquisition of Time Warner and has already paid off $9 billion in debt since the deal’s closing. Better still, AT&T’s strong free cash flow generation should allow it to continue to de-lever its balance sheet going forward, even as it pays a generous dividend and invests in network upgrades. That gives AT&T the edge here.

Although AT&T has an advantage in terms of financial strength, T-Mobile’s profits are expected to grow at a faster clip. AT&T’s guidance for 2019 calls for low-single-digit earnings-per-share growth, driven mostly by cost reductions related to its merger with Time Warner. Analysts, meanwhile, forecast that T-Mobile’s EPS will rise by 14% this year, fueled by as many as 3.6 million net customer additions. Thus, T-Mobile has a clear edge in terms of expected earnings growth.

Let’s check out some stock valuation metrics for these telecom rivals:

Across all three metrics, AT&T’s shares are more attractively priced. This is not baffling given T-Mobile’s higher expected earnings growth rate. Still, AT&T’s stock is currently more than 40% cheaper based on both free cash flow and analysts’ earnings estimates for the year ahead. That makes its shares the better deal today.

With this better buy battle all tied up after four rounds, let’s take a look at some other factors pertinent to this analysis.

Another area where AT&T and T-Mobile differ is in their capital allocation strategies. AT&T has long paid a bountiful dividend, including 35 years of consecutive annual increases. Better still, its stock currently yields a hefty 6.6%, even while paying out only 60% of its free cash flow.

T-Mobile, in contrast, does not currently pay a dividend. Instead, the company is aggressively investing in its network to keep it on par with those of AT&T and industry leader Verizon. T-Mobile is also in the midst of a potential $26.5 billion merger with No. 4 U.S. carrier Sprint. The deal, if approved by federal regulators, would give T-Mobile greater scale to compete even more fiercely with Verizon and AT&T.

The better buy: You decide

Ultimately, you’ll need to choose for yourself which of these factors is most important to you. Value- and income-focused investors will no doubt prefer AT&T’s greater cash flow production, sizable dividend, and more attractively priced shares. Growth investors, on the other hand, will likely find T-Mobile’s more focused strategy, industry-leading customer gains, and intriguing expansion potential more appealing. Either way, you’ll be claiming your share of the massive — and highly profitable — U.S. telecommunications industry.