The “Oracle of Omaha” didn’t mince words by describing Bitcoin as “probably rat poison squared” during an interview Saturday with CNBC. 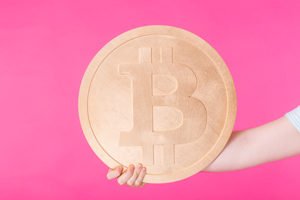 Buffett argued that Bitcoin fails to provide any cash-generating returns. He also suggested that Bitcoin and other cryptocurrencies would “come to bad endings.”

With that in mind, both Buffett and Berkshire Vice Chair Charlie Munger have been wrong about Bitcoin in the past. Back in 2014, Buffett called Bitcoin a “mirage” at a time when it was trading at just $600 per coin.

Here is a recap of the top five cryptocurrencies by market cap as of 2:00 p.m. EDT.

Money MorningCryptocurrency Insight of the Day

“Do I have to buy one whole bitcoin?”

That’s a question a lot of our readers who are just getting into cryptocurrencies have been asking Money Morning.

Most People Don’t Know This About Bitcoin: A systems upgrade expected any day now could send Bitcoin to $100,000. Go here to see why Bitcoin’s not dead… and how it could make you millions.

The answer is no, and it’s actually much easier than you think to eventually own a full bitcoin through an accumulation strategy.

Here’s everything you need to know.

The Top Cryptocurrency Stories for Tuesday
Rumors emerged that Intercontinental Exchange (ICE), which owns the New York Stock Exchange, is working on its own Bitcoin trading platform. The announcement comes just days after Goldman Sachs Group (NYSE: GS) announced it was launching its own trading desk for Bitcoin. An ICE exchange would be the latest step toward the institutionalization of Bitcoin and other cryptocurrencies.
Not everyone is happy about Goldman Sachs’ entry into the Bitcoin market. Some analysts are concerned that Goldman and other banks are conspiring to “manipulate” Bitcoin prices before blockchain technology kills off traditional banking. Investors recall that Goldman has a history of allegedly manipulating the markets, from the price of silver to the rigging of LIBOR rates. We have to use the word allegedly, because it has never admitted guilt despite paying massive settlements to the U.S. government.
Finally, we did have one big surprise in the cryptocurrency markets worth reporting. On May 7, a meeting reportedly took place with officials from the SEC and CFTC to discuss regulations around Ethereum. However, several researchers and investors have criticized The Wall Street Journal for reporting about the meeting, saying that it never transpired.
See Why Bitcoin Is Far from Dead (and How It Could Make You a Millionaire)

At our recent “Bitcoin 20X Summit,” we uncovered information that left many folks stunned – and reevaluating everything they thought they knew about the crypto market.

You see, while Wall Street and Fortune 500 companies continue to badmouth Bitcoin, they’re diving headfirst into this craze… and I’d bet not one in 10,000 people knows the reason behind it.

Go here to see why Bitcoin’s not dead… and how it could make you millions.