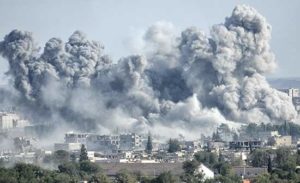 Wall Street analysts forecast that Mimecast (NASDAQ:MIME) will post sales of $71.38 million for the current fiscal quarter, according to Zacks. Five analysts have issued estimates for Mimecast’s earnings. The highest sales estimate is $71.57 million and the lowest is $71.00 million. Mimecast posted sales of $52.41 million in the same quarter last year, which suggests a positive year over year growth rate of 36.2%. The company is scheduled to issue its next quarterly earnings results after the market closes on Monday, May 14th.

Mimecast (NASDAQ:MIME) last announced its quarterly earnings results on Monday, February 12th. The technology company reported $0.03 earnings per share (EPS) for the quarter, beating analysts’ consensus estimates of $0.02 by $0.01. Mimecast had a negative net margin of 3.51% and a negative return on equity of 9.88%. The firm had revenue of $67.30 million for the quarter, compared to the consensus estimate of $64.92 million. The business’s revenue was up 39.3% on a year-over-year basis.

Mimecast Limited, a email and data security company, provides cloud security and risk management services for corporate information and email. The company offers Mimecast Email Security services, including targeted threat protection services, such as URL Protect that addresses the threat from emails containing malicious links; Attachment Protect that reduces threat from weaponized or malware-laden attachments used in spear-phishing and other attacks; Impersonation Protect that gives protection from malware-less social engineering attacks; and Internal Email Protect, which allows customers to monitor, detect, and remediate security threats that originate from within their internal email systems. 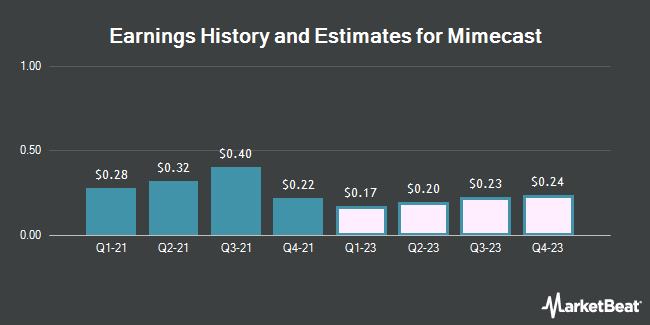