Cambridge Analytica has hit back at an undercover British television report showing senior executives talking to reporters posing as potential clients about bribes, honey traps and how the company allegedly obtains and distributes damaging material on political opponents.

The Channel 4 report is “edited and scripted to grossly misrepresent the nature of those conversations and how the company conducts its business,” Cambridge Analytica said in a statement to CNN on Monday.

Cambridge Analytica is the controversial data firm that worked for Donald Trump’s presidential campaign. The company reportedly harvested data from 50 million Facebook users, and is currently under investigation by the United Kingdom’s Information Commissioner’s Office for “the acquisition and use” of that data.

Beyond reportedly harvesting user data, Cambridge Analytica is now under fire for other alleged campaign tactics highlighted in the Channel 4 report. 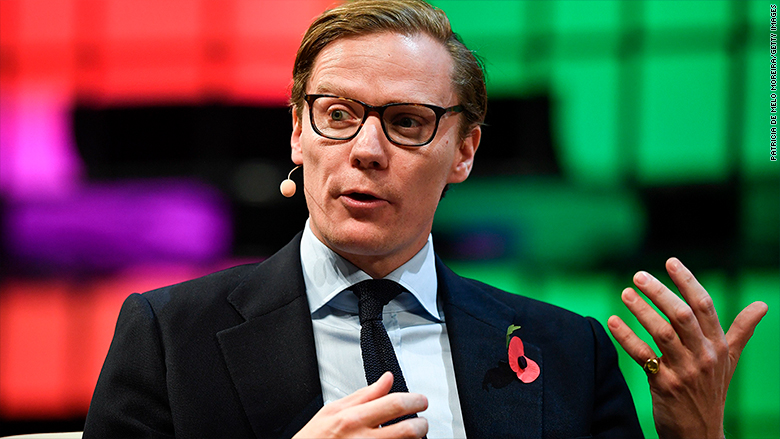 When asked about getting damaging material on opponents, Nix said the company could “send some girls around to the candidate’s house.”

The undercover reporter then asked, “… you’re using the girls for this, like the seduction, they’re not local girls? Not Sri Lankan girls?”

Nix said no. “Just saying we could bring some Ukranians in,” he said, adding “they are very beautiful, I find that works very well.”

Nix also said Cambridge Analytica could send someone posing as a wealthy developer to Sri Lanka to bribe politicians, film the encounter “and then post it on the internet.”

Cambridge Analytica said in a statement that Nix and the executives were humoring the undercover reporters posing as prospective clients, and when the conversation turned toward practices such as corruption and entrapment, the executives did not meet with them again.

The statement also includes an admission from Nix that he may have misjudged the situation.

“In playing along with this line of conversation, and partly to spare our ‘client’ from embarrassment, we entertained a series of ludicrous hypothetical scenarios,” Nix said.

“I am aware how this looks, but it is simply not the case. I must emphatically state that Cambridge Analytica does not condone or engage in entrapment, bribes or so-called ‘honeytraps’, and nor does it use untrue material for any purpose,” he said.