Investors hadn’t been expecting great news fromCampbell Soup(NYSE:CPB) as it entered the second half of its fiscal 2018. The snacks and soup giant’s stock reached a multiyear low recently as the business struggled to stay ahead of shifting consumer tastes for packaged food products.

Its earnings results announced this week failed to meet even management’s reduced expectations. In response, the company telegraphed big strategic changes on the way while naming a new CEO.

More on that strategic shift in a moment. First, here’s how the headline results stacked up against the prior-year period:

Sales were flat after accounting for the boost from its recently acquired Snyder’s-Lance snack portfolio. Campbell Soup’s nearly $500 million loss was mostly driven by an impairment change that management took against its struggling Campbell Fresh division. The company also faced challenges in passing along higher prices to its customers. 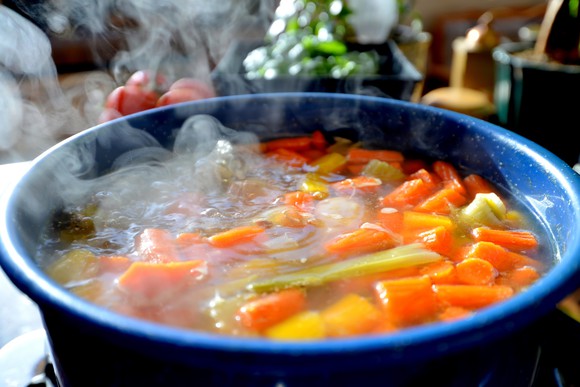 Here are some of the highlights from the quarter:

Organic sales were flat, which marked an improvement over the prior quarter’s 2% decline. That result left revenue 1% lower over the last nine months, or at the low end of management’s reduced guidance. Sales in the core soup niche improved to a 1% decline from a 4% slump in the prior quarter. Ingredient costs rose at a faster pace than prices, leading to a sharp drop in profitability as gross profit margin fell to 32% from 35.9% a year ago. Executives took a $619 million impairment charge that was mainly tied to a lower estimated value for the Bolthouse Farms portfolio that continues to struggle with profitability declines and weak sales.
What management had to say

Executives were clear about the fact that operating results were worse than they had hoped. “While our organic sales in the quarter were stable in this difficult environment,” CFO Anthony DiSilvestro said in a press release, “our gross margin performance was below our expectations.”

Management highlighted a few wins from the period, including stabilizing soup sales and an expanded snack portfolio brought on by the new Snyder’s-Lance brands. Yet, executives noted, “we are not satisfied with our financial results,” which have been “impacted by both execution-related and external challenges.”

Management said they are “addressing these challenges with renewed urgency,” including by launching a strategic review that might result in a significant portfolio shakeup when it concludes in a few months.

Management isn’t planning to simply continue on its current track in the meantime. Instead, the company announced the immediate resignation of its CEO, Denise Morrison, who has stepped aside after 15 years with Campbell Soup. The move isn’t a huge shock, as Morrison had been giving more responsibilityto other executives recently as part of the company’s restructuring shifts.

Interim CEO Keith McLoughlin, who was a member of Campbell Soup’s board of directors and previously served as CEO of Electrolux AB, takes over during a difficult time for the business. Executives’ latest forecast now calls for adjusted profits to decline by between 5% and 6%, compared to the prior prediction of a drop between 2% and 3%. Organic sales appear on track to fall by about 1% for the year, to mark its third straight year of declines. The silver lining in that pessimistic outlook is that it should give the new permanent CEO flexibility to make major strategic shifts aimed at breaking Campbell Soup’s persistent sales slide.