Did you miss “Mad Money” on CNBC? If so, here are some of Jim Cramer’s top takeaways. 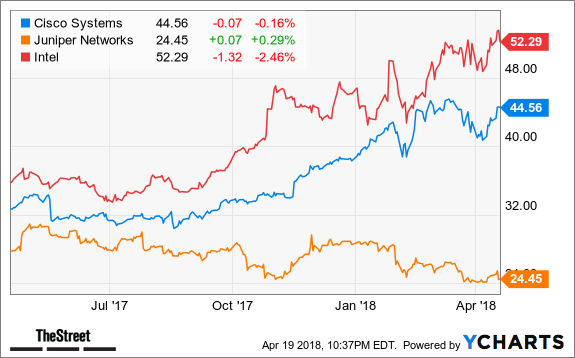 Just because the daily rhetoric about trade wars with China is dwindling, it doesn’t mean there aren’t still a lot of companies that could be caught in the crossfire. Cramer said this week’s collapse of Acacia Communications (ACIA) could be the first of many volleys in the escalating trade battle.

In addition to the Commerce Department banning sales of telco equipment to Chinese cellphone maker ZTE, which led to the Acacia collapse, today we learned that Chinese regulators have antitrust concerns about the merger between Qualcomm and NXP Semiconductor. Cramer said this action is purely retaliatory, as this deal was announced in 2016 and up until now, no one has had any antitrust concerns. Shares of Qualcomm lost 4.8% while NXP fell 5.1% on the news.

How else might the Chinese retaliate? Cramer said additional merger “reviews” could hurt any merger with exposure to China. Also, any company dealing with the transition to 5G wireless, like Cisco Systems (CSCO) and Juniper Networks (JNPR) , could be in crossfire. Likewise, any semiconductor company is also at risk. Intel (INTC) has hopes to build a plant in China. That plant could now be in jeopardy.

Finally, China’s ultimate weapon is boycotts, a tactic they’ve used effectively in the past. Unlike the U.S., where a president’s call for boycotts can easily be ignored, in China, they are quite effective.

Cramer and the AAP team say today’s weakness is the opportunity they have been patiently waiting for. Their target? Nordstrom (JWN) . Find out what they’re telling their investment club members and get in on the conversation with a free trial subscription to Action Alerts PLUS.

Over on Real Money, Cramer explains how Qualcomm’s (QCOM) deal for NXP Semi (NXPI) went from a sure winner to disaster. Get more of his insights with a free trial subscription to Real Money.

To read a full recap of this episode of “Mad Money,” click here.

To sign up for Jim Cramer’s free Booyah! newsletter with all of his latest articles and videos please click here.