As gaming regulators around the country and the world delve into the misconduct allegations against Wynn Resorts (NASDAQ:WYNN) founder and former CEO Steve Wynn, the casino operator has said it is definitely considering renaming the Wynn Boston Harbor resort — its building in Everett, Massachusetts — to ensure it can retain its license to operate the casino. The time may have come when the entire company needs a rebranding.

It’s clear the Wynn name has been tainted by the allegations. Public opinion — and that of regulators and legislators — is important. With tens of billions of dollars in global licensing at risk, Wynn Resorts may have little choice but the rebrand the Boston Harbor resort. 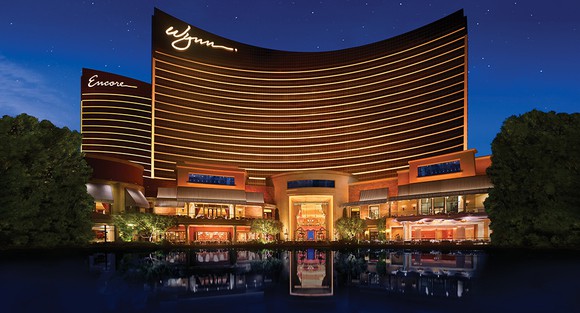 The name means a lot

It’s a dual-edged sword, though. As the resort operator has detailed in its SEC filings, the company name, and in particular the company logo (which is Steve Wynn’s signature), are among its most valuable assets.

Surnames typically cannot be patented or trademarked, unless they have attained other usage, Wynn Resorts details in its SEC filing that it has been successful in achieving this status with the U.S. Patent and Trade Office because of “Mr. Wynn’s prominence as a resort developer.”

While his separation from the casino operator and the sale of all his stock in the company will certainly help ameliorate some of the concerns many have expressed about his continued involvement with Wynn Resorts operations, his signature emblazoned on the side of all the resorts could still be problematic. There’s a delicate balancing act required here. While the company needs to distance itself from the accusations against Wynn as an individual, the resorts he’s built over the decades carry a cachet.

A rose by any other name

A rebranding may be a necessary, but painful, recourse. The president of the Everett resort in Massachusetts, scheduled to open next year, told reporters following a hearing of gaming regulators that Wynn Resorts is “absolutely considering a rebranding of the project.”

With Wynn Resorts’ concessions in Macau also coming up for renewal soon, the time to move on from its past may be now. No doubt the risk of losing its concession played a part in Hong Kong-based Galaxy Entertainment Group, buying 5.3 million shares that Wynn Resorts had just issued. It gives Galaxy an entrance into markets it doesn’t already have a presence in, but it also aligns Wynn with a local Macau casino operator and may forestall the loss of its license.

There is speculation that the Massachusetts resort may be renamed Encore Boston Harbor after the Boston Herald discovered Wynn hadregistered various websites that used the Encore name, including encorebostonharbor.com. That could be the easiest way for Wynn to change its dynamic without straying too far from its core, as the hotel adjacent to the flagship Wynn Resorts casino in Las Vegas is named Encore.

Wynn Resorts operates the most profitable luxury resorts in the world, but the man who created them has severed all ties to it. But, with his name still emblazoned on the sides of the buildings, Wynn Resorts has one more move it needs to make: a companywide rebranding.