Enbridge’s (NYSE:ENB) management has been busy lately. Ever since it acquired Spectra Energy a little less than two years ago, the company has made several otter corporate moves ranging from consolidating some of its subsidiary partnerships, completing strategic reviews that led to distribution cuts, issuing gobs of stock to fund growth, and completely revising its strategic plan. This past week, though, the company made another monumental move by announcing it was consolidating all of its subsidiaries.

This all came on the heels of an earnings result that didn’t exactly inspire investors. So it’s worth asking whether this deal makes Enbridge a better investment today. Let’s take a look at the company’s most recent earnings to see why the results weren’t that great, why management is electing to consolidate, and how that impacts the way investors should view this stock.

Data source: Enbridge earnings release. *Enbridge’s prior earnings releases labeled this as available cash flow from operations. CA$1=$0.78 in U.S. dollars of of 5/15/18.

One thing that doesn’t quite add up on paper is that Enbridge was able to generate CA$2.3 billion in distributable cash flow when its earnings and EBITDA results didn’t even come close to that number. A large part of that was related to a non-cash writedownfor the sale of its Midcoast Energy gathering and processing assets to a private equity company. Absent that charge, Enbridge’s adjusted earnings were CA$1.37 billion and adjusted EBITDA was CA$3.4 billion. 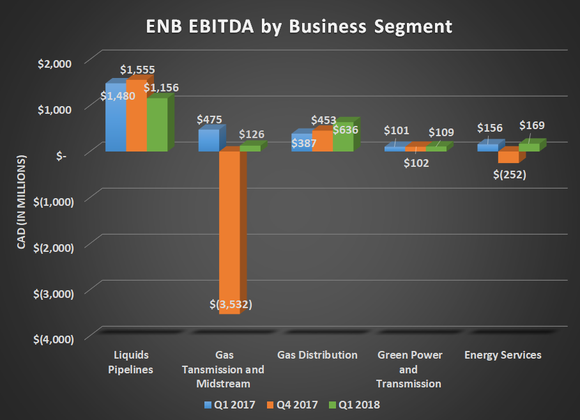 The earnings highlights
So far this year, the company has brought CA$2.9 billion worth of its CA$7 billion in projects into service in 2018. The bulk of these assets will come on line in the second half of the year when it completes its Nexus and Valley Crossing Pipeline Line 3, its largest capital project, remains on schedule. It is currently negotiating with Minnesota public authorities about a potential alternate route for the pipe. It expects a permit decision in the second quarter and still believes it can complete the project by 2019. As part of its deleveraging program that was announced in December, Enbridge has successfullysold CA$3.2 billion in assets including its Midcoast Energy gathering and processing business as well as a 49% interest in its renewable power assets. Management wants total asset sales in the CA$10 billion range.

(You can check out a transcript of Enbridge’s first-quarter conference call here). 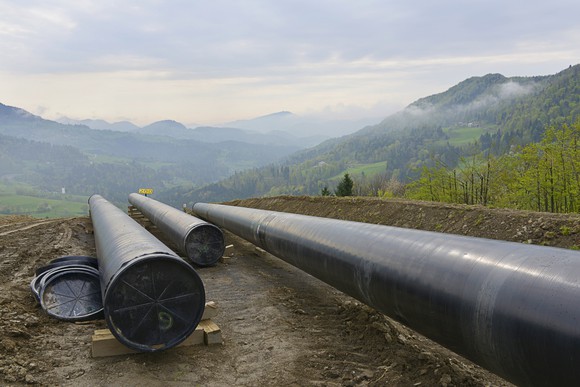 Rolling it all up

One of the most significant reasons why a companywould want to create a master limited partnership (MLP) is because of the tax advantages it affords companies. However, changes to the regulatory environment and corporatetax rates have severely diminished the benefits of this corporate structure. On March 15, the Federal Energy Regulatory Committee revised a policy on certain types of contracts pipeline companies used. These contracts, known as cost-of-service contracts, could no longer charge a provision for income taxes since, well, MLPs don’t pay taxes. Also, with the changes to the U.S. corporate tax rate, the tax benefits of being an MLP are very much diminished compared to the previous rates. 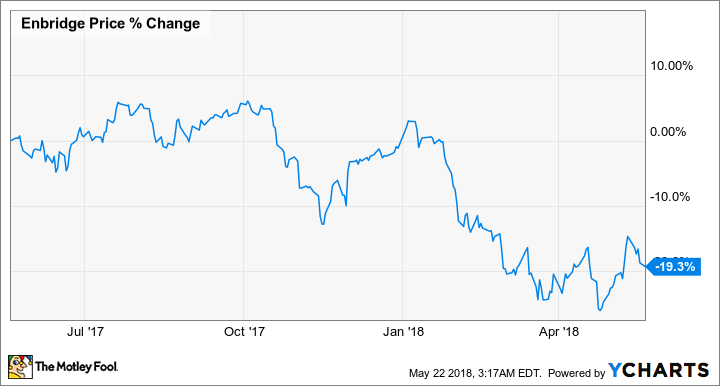 For anyone that has a stake in any of the Enbridge subsidiaries, the recent acquisition announcement is probably a bit of a bummer because Enbridge is effectively offering no premium over today’s stock prices. This proposal has to go through independent review boards, so we’ll see if Enbridge’s offer goes through. Personally, I wouldn’t be surprised if Enbridge has to offer some sort of premium after this review because this kind of transaction will enact a significant taxable event for owners of the partnership.

In the long run, this is probably the best path forward for Enbridge. Having four separate subsidiaries made the company’s corporate structure and finanicals unnecessarily complex (go try to read a quarterly earnings statement and tell me if you can follow it). At the same time, though, it leaves a lot of unanswered questions as the company makes this massive corporate change. Will it continue to use equity issuances as a form of project funding now that it is a C-Corp? If not, how will it fund its massive backlog of projects while trying to meet one of management’s stated goals of de-leveraging the balance sheet? Before anyone makes a definitive decision on Enbridge’s stock one way or another, it would probably be best to see how this all shakes out.