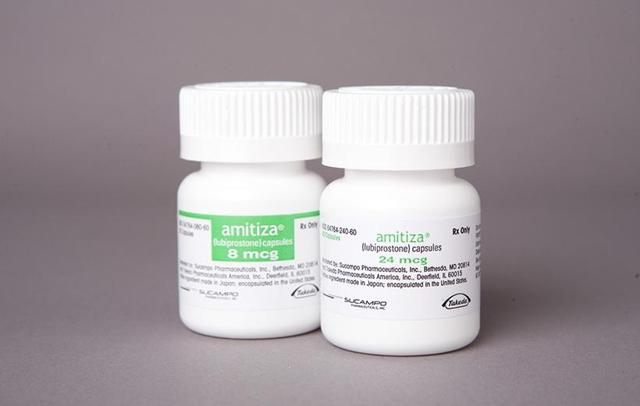 Mallinckrodt, a leading global specialty pharmaceutical company, confirmed it has received a supplement approval letter from the U.S. Food and Drug Administration (FDA) on the supplemental New Drug Application (sNDA) for indicated use of AMITIZA庐 (lubiprostone) in children 6 to 17 years of age with pediatric functional constipation (PFC). The FDAs completed review of this sNDA has allowed the company to meet a component of its pediatric post-approval obligations. Although a specific pediatric indication was not established, the safety and tolerability profile of AMITIZA was confirmed.

We are pleased that we have received a supplement approval letter from the FDA, indicating that we have met a component of our pediatric post-approval obligation, said Steven Romano, M.D., Executive Vice President and Chief Scientific Officer, Mallinckrodt. Given the need for therapeutic options for the treatment of constipation disorders in the pediatric population, we had hoped for inclusion of additional AMITIZA data in certain subpopulations from the PFC study to help inform prescribers.”

MNK hit a 52-week low Tuesday after the market digested the news, and continues to fall. Below I will parse through what the FDA decision means for Mallinckrodt.

Amitiza (lubiprostone), is marketed in the U.S. under collaboration with Takeda Pharmaceutical (OTCPK:TKPHF), (OTCPK:TKPYY). The Sucampo deal was expected to bear fruit immediately due to a potential favorable outcome of the sNDA for Amitiza in patients ages 6 to 17:

There are also several potential opportunities for additional near-term value creation for AMITIZA, the most immediate coming in mid-2018 with the outcome of the FDA’s review of the sNDA for AMITIZA in patients ages 6 to 17. If approved, AMITIZA will be the first branded treatment for constipation in a pediatric population in the U.S.

Though the company’s press release indicated it had met a component of its pediatric post-approval obligation, the FDA’s website indicated there were postmarket requirements and commitments still needed. Such requirements included, but were not limited to:

(2) Deferred pediatric study under PREA for the treatment of Irritable Bowel Syndrome with constipation in pediatric patients ages 6 to 17. The design consists of a 12-month multi-center, double-blinded, placebo-controlled safety and efficacy study including a safety evaluation of the effects of lubiprostone treatment on bone growth;

(3) Conduct a double-blinded clinical trial testing a single treatment arm of Amitiza versus placebo in male and female patients with Irritable Bowel Syndrome with constipation, utilizing a higher dose than recommended for this indication;

(5) Conduct an open-label extension safety study of lubiprostone, including a safety evaluation of the effects of lubiprostone treatment on bone growth, in pediatric patients ages 6 years to < 18 years with irritable bowel syndrome with constipation (IBS-C) who participated in the 12-week efficacy study conducted to address PMR 675-3.

At least three of the items are considered “delayed.” How long it will take for Mallinckrodt to resolve the FDA’s requirements and commitments remains to be seen. What we do know is that it will likely not happen before Q1 earnings are released next week.

Do MNK Bulls Have Patience For Organic Growth?

An FDA approval would have given Sucampo full control of a new pool of potential patients for Amitiza. It could have added to revenue and to the company’s bottom line. I was prepared for a spike in the stock on news of the FDA post-approval. Now that it did not occur MNK has drifted lower. It could continue to drift lower just prior to the Q1 earnings release.

The question remains, “Do MNK bulls have the patience to wait on Mallinckrodt’s organic growth?” I hope so because organic growth could take a while. Mallinkrodt’s Q4 2017 revenue of $778 million was off 5% Y/Y. Its top-selling drug, Acthar, fell 9%. Acthar sales began to crack in Q3 2017; its diminution could continue until sales for indications other than infantile spasms and multiple sclerosis subside.

Sucampo will allow the company to diversify its revenue stream, its revenue growth is nothing to write home about. Sucampo’s Q3 2017 revenue of $61 million was only up 6% Y/Y. Assuming Sucampo had been acquired prior to Q3 then the combined companies’ revenue would have still declined.

MNK bulls are now faced with a company with revenues in decline and a higher debt load. Mallinkrodt’s debt/run-rate EBITDA is currently at 4.9x. It could go higher once Q1 2018 financial results show the amount of debt borrowed to fund the Sucampo deal. Last month the company’s bonds due April 2023 had yields of over 12%. Any new debt could come at onerous terms, increasing interest expense and limiting Mallinckrodt’s operating flexibility.

Is Mallinckrodt Investing In Future Growth?

One of the benefits of the Sucampo deal was that Mallinckrodt could piggy-back off of Sucampo’s R&D. In effect, the company was purchasing R&D. Now that Sucampo’s supplemental NDA for Amitiza has outstanding requirements, the thesis of “buying R&D” could be found lacking. Going forward the spotlight could be placed on the level of Mallinckrodt’s R&D and if it is robust enough to fund future growth.

For full-year 2017 the company’s R&D was about 9% of total revenue – I would consider this paltry. Mallinckrodt has been cutting costs to offset lost operating income from the diminution of Acthar. MNK bulls will now have to decide if the company has been investing enough in R&D to fund future growth.

Disclosure: I am/we are short MNK.