General Motors (NYSE:GM) said that its U.S. sales rose 4.6% in the second quarter on strong sales of its trucks and its all-new lineup of crossover SUVs. 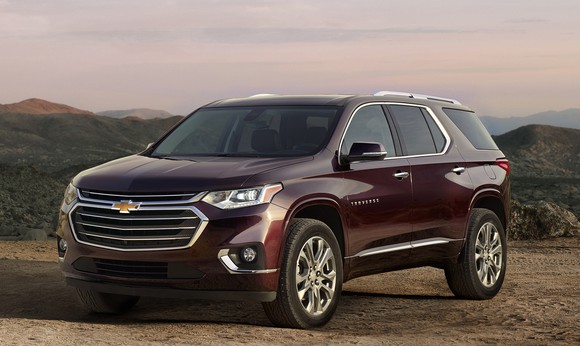 Sales — and prices — of the new Chevrolet Traverse crossover are both up sharply from its predecessor’s year-ago results. Image source: General Motors.

How General Motors fared against rivals in June

Here’s how the estimated June sales results for GM compare with the figures reported by its five largest-selling rivals in the U.S. market.

Data sources: The automakers, Automotive News. Figures for General Motors are Automotive News estimates, as GM no longer reports its U.S. sales on a monthly basis.

GM’s overall average transaction price (ATP) was about $35,500 in the quarter, up roughly $300 from the year-ago period. That ATP gain was helped by GM’s newest crossovers, the big Chevrolet Traverse and Buick Enclave. Both are all-new models that began arriving at dealers last fall, and both are selling well. Second-quarter sales of the Traverse and Enclave rose 30% and 25.4%, respectively, versus sales of their predecessors a year ago. The new Traverse is selling at much better prices than its predecessor. GM said that its ATP was up almost $7,000 in the first half of the year, versus the year-ago period. Sales of GM’s crossovers as a group rose 5.8% from a year ago. GM’s big pickups, the Chevrolet Silverado and GMC Sierra, will be replaced by all-new versions for 2019. But sales of both remained strong in the second quarter, with the Silverado and Sierra up 15.7% and 20.4%, respectively, from a year ago. GM’s full-size pickup sales didn’t quite outpace arch-rival Ford’s in the second quarter, but they left FCA’s Ram in the dust. GM sold 214,935 Silverados and Sierras in the quarter, versus 236,947 Ford F-Series and 129,575 Rams. Cadillac sales rose 3%, and that wasn’t just SUVs. Sales of the big XTS sedan, a popular “black car” fleet option that was overhauled for 2018, rose 36% in the second quarter. The well-regarded midsize CTS sedan gained 2.6% from a year ago. GM’s big truck-based SUVs are nearing the ends of their model lives, but sales of these highly profitable vehicles are still strong. Sales of the group rose 22% in the second quarter. Of note: Sales of the upscale GMC Yukon were up 17.5% year-over-year.

While Cadillac’s sales were up in the second quarter, the brand is still struggling. Its flagship CT6 sedan is a critics’ darling, but GM sold just 2,427 in the quarter, down almost 19% from a year ago. Buick sales fell 12%, hurt by one of GM’s few crossover misses, the compact Envision. Sales of the made-in-China Envision fell 48% year over year. Most of GM’s sedans are struggling. That’s no surprise given industrywide trends favoring crossovers over traditional cars. Sales of once-popular models like the Chevrolet Cruze and Malibu and the Buick LaCrosse were all down by double-digit percentages in the quarter. Sales of the Chevrolet Camaro fell 36% to 13,588 in the second quarter. The Camaro was outsold by both of its traditional rivals, the Ford Mustang (23,264 sold) and FCA’s Dodge Challenger (19,719 sold). Sales of both of GM’s vaunted electrified vehicles, the Chevrolet Volt and Bolt EV, fell 19.2% and 22.6%, respectively. GM said that global sales of the Bolt were up over 35% in the second quarter, but it hadn’t yet released detailed figures as of press time. 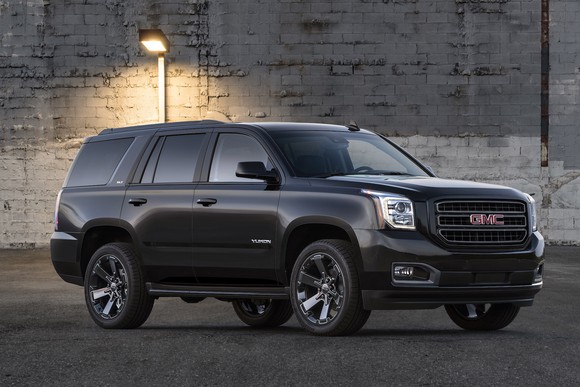 The upshot: GM is executing well under the circumstances

There are some reasons for shareholders to be concerned — notably the struggles of GM’s upscale (and higher-margin) Buick and Cadillac brands. But there are more reasons to be encouraged: Most of GM’s new crossovers are selling very well, at strong prices; full-size pickup sales were strong despite all-new models waiting in the wings; and demand has remained very strong for GM’s hugely profitable big SUVs.

GM executives have said that 2018 should be a year of holding steady, with the crossovers generating strong profits while the company works to launch its new pickups (and after that, all-new versions of the big SUVs.) With the first half of the year now in the books, it looks to be playing out much as they expected.