Shares of biopharma Nektar Therapeutics (NASDAQ:NKTR) dropped over 11% today after the company released an abstract to be presented at the American Society of Clinical Oncology annual meeting next month that contained a disappointing update for an ongoing clinical trial. 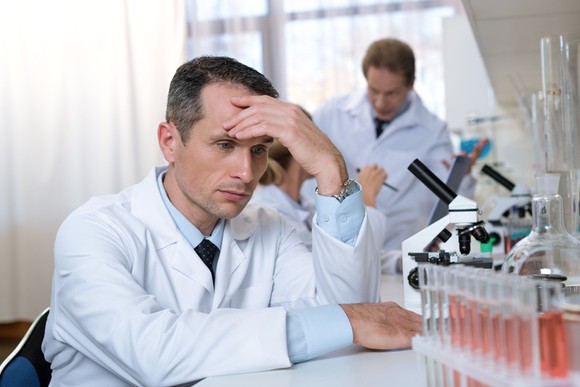 The phase 1/2 trial is evaluating the drug candidate combo against a range of different cancers, including melanoma, kidney cancer, and non-small-cell lung cancer (NSCLC). As reported by FierceBiotech, the overall response rate (ORR) for the NKTR-214 and Opdivo combination has slipped as more patients have been evaluated.

The combo also achieved an ORR of 75% and 33%, respectively, in three patients with triple-negative breast cancer and four with bladder cancer.

To be fair, response rates of 50% or greater are still pretty solid for a cancer drug combination. But analysts were obviously hoping that the even better response rates from November would hold as the patient population expanded.

The latest data readout from Nektar Therapeutics is just the most recent example of why size matters when it comes to clinical trials. While Wall Street can sometimes get carried away with what appear to be stellar results in small trials, it’s best to wait for response rates to be confirmed in larger patient populations. That said, achieving an ORR of 50% or greater isn’t bad, but now the question is: Will that continue to fall even further as the trial expands?