Shares of Northern Dynasty Minerals (NYSEMKT:NAK) collapsed today after the company announced that it terminated a framework agreement with First Quantum Minerals (NASDAQOTH: FQVLF) after failing to find a path forward for developing its coveted Pebble Project in Alaska. The larger mining company has faced tremendous pressure from activists and investors alike to steer clear of developing the asset, which could risk irreparable harm to the state’s coveted sockeye salmon fisheries.

The move is just the latest setback for the Pebble asset, but this one ultimately could prove fatal for Northern Dynasty Minerals. The company has no other assets, hardly any cash, and doesn’t appear likely to ever be in a position to develop what is widely considered the world’s largest undeveloped copper and gold resource. 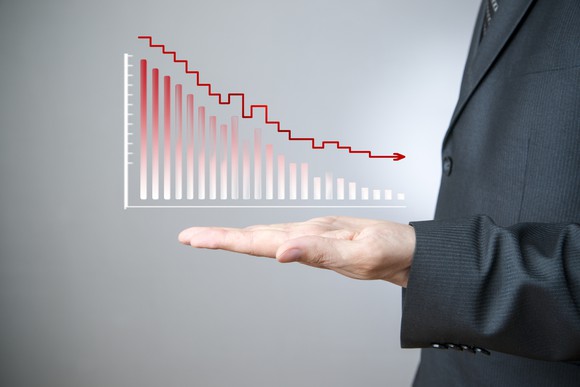 Northern Dynasty Minerals has been mired in uncertainty for most of the last 18 months. The stock rose on the election of President Donald Trump and subsequently favorable decisions from the U.S. Environmental Protection Agency. But the EPA walked back some of its deregulatory decisions relatively quickly, which sent shares tumbling.

Then, First Quantum Minerals signed a preliminary agreement for the right to develop the Pebble asset as a 50% partner. It didn’t guarantee that a partnership would be finalized, but considering that First Quantum Minerals is one of the largest copper miners in the world, and that copper is expected to be the most profitable resource at the Alaskan asset, investors didn’t hesitate to bid up shares of Northern Dynasty Minerals.

But First Quantum Minerals dragged its feet on finalizing an agreement. That’s partly because asset fund managers had very publicly pressured the company to abandon development plans. Activists also crashed its most recent investor meeting in Toronto. But the ultimate decision to bail likely came down to regulatory uncertainty facing Pebble. It was possible that the EPA would never allow the project to proceed, so investing hundreds of millions of dollars into development activities through 2024 was always a risky bet.

The termination of the framework agreement with First Quantum Minerals could prove fatal for Northern Dynasty Minerals. There doesn’t appear to be any reasonable path forward for the company. It cannot monetize the Pebble asset without a large and well-funded partner, but no one wants to assume the risk posed by the development timeline given the regulatory uncertainty. Investors should steer clear of this gold stock.