However, the drop isn’t due to poor earnings or any other negative news item. Rather, the net-lease real estate investment trust, or REIT, announced that its spinoff of certain troubled assets into a newly created REIT has been finalized. 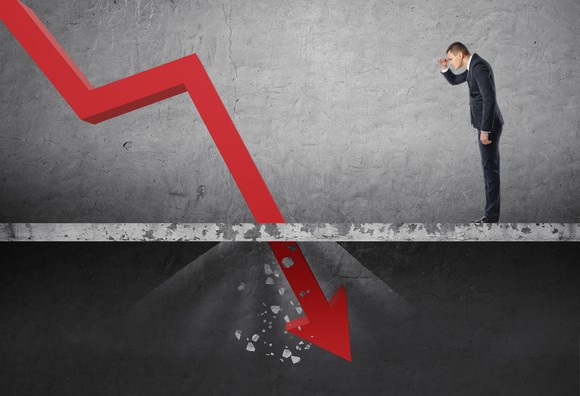 In the spinoff, which was announced in August 2017, Spirit is shedding some of its troubled assets, including its properties leased to Shopko. The idea is that the spinoff will improve the quality of the remaining assets, as well as Spirit’s financial position, while allowing for value-maximizing strategies in the now-isolated Shopko portfolio. REIT investors may remember the spinoff of Quality Care Propertiesfrom major healthcare REIT HCP, Inc.in late 2016 — a similar idea applies here.

Under the terms of the spinoff, Spirit shareholders are set to receive one share of the new REIT, known as Spirit MTA REIT (which will trade under ticker symbol “SMTA”).

Think of this transaction in the same terms as a stock split. There’s no immediate change in the company’s value — the only change is in the stock structure. In other words, although Spirit Realty Capital’s stock is down by more than 10%, the combined value of the stock and the new spinoff shares investors receive should be roughly the same.