Microsoft Corp.(Nasdaq: MSFT) is one of our favorite stocks at Money Morning, and it’s proved resilient, trading near record highs of $97.24 in spite of market volatility.

And even at all-time highs, Money MorningDefense and Tech Specialist Michael Robison believes now is still a great time to buyMSFT stock. 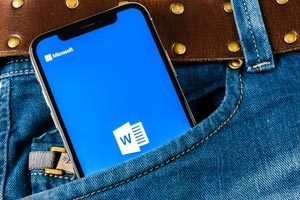 Robinson has been involved in tech investing for over three decades. He is a top tech journalist and analyst and has been ahead of just about every emerging technology story over the past 10 years.

He even has a Pulitzer Prize nomination.

And on Feb. 28, Robinson went on Chuck Jaffe’s”MoneyLife” podcast and gave three reasons why he’s so bullish on Microsoft stock…

Why We Are Bullish on MSFT Stock in 2018

Microsoft’s involvement in cloud computing, legal cannabis, and cryptocurrencies is going to be a huge revenue source, and more revenue can lead to a higher share price.

Microsoft didn’t specify how much revenue Azure brought in, but MSFT said it had revenue growth of 98% over the last year.

LIVE ON CAMERA: Watch America’s No. 1 Pattern Trader officially become $1,050 richer in 15 seconds! His secret to becoming a multimillionaire is so easy that anybody can do it. Click here for details…

Through its cloud business, Microsoft is also an early mover in the legal marijuana industry.

In fact, it partnered with a startup called Kind in 2016.

Kind offers cannabis-tracking software that monitors seed-to-sale production for growers, sellers, and government agencies. This will help growers and sellers stay compliant with new laws, and it will also help keep cannabis off of the black market.

And with 30 states and the District of Columbia having some form of legalized marijuana, the need for this service is going to behuge.

In August 2017, Microsoft launched the Confidential Consortium (“Coco”) Framework, which aims to turn the promise of Ethereum’s smart contracts into a disruptive reality.

Microsoft CTO Mark Russinovich said on Aug. 12, 2017, that the tech giant has started exploring how Coco can be used in the retail, supply chain, and financial services sectors.

Because of all these sources of revenue growth, analyst are joining Robinson in his bullish outlook for the MSFT stock price…

Over the next 12 months, FactSet reports one analyst expects theMSFT stock priceto climb to $130 per share.

That profit opportunity doesn’t even include Microsoft’s $1.68 dividend, which is a yield of 1.78%.

Of course, no matter how good things look for MSFT shareholders, Microsoft stock is not immune to market volatility.

The Dow Jones Industrial Average dropped nearly 5.5% from Feb. 27 to March 2, and the MSFT stock fell right along with it during that same time.

However, Robinson always has a plan to minimize losses and maximize gains.

Robinson says his strategy is “perfect to use when market volatility is high.”

When used correctly, it will protect you from volatile markets.

But that’s not all…

It could also maximize your returns.

Here’s how it works, so you know how to capitalize on the double-digit gains Microsoft stock could make its shareholders in the next 12 months…

Use This Strategy to Maximize Your Profits from MSFT Stock