To say Zoe’s Kitchen (NYSE:ZOES) had a poor quarter would be an understatement. Although total revenue increased 13%, the $102.1 million figure was approximately $3.2 million lower than analyst estimates. The company also missed on the bottom line reporting an adjusted loss of $0.13 per share versus break-even analyst expectations. Unfortunately, investors are used to underperformance from Zoe’s Kitchen, as this was the seventh consecutive quarter of the company falling short on the top line.

Powering the top-line miss was a decline in the company’s comparable sales, which decreased by 2.3% from the prior year. The number was worse than advertised: Zoe’s reported a 4.4% decrease in foot traffic, which was offset by price increases. To make matters worse, management announced lower guidance for full-year revenue and slowed its plan for store expansion and build-out. In response, shares sold off as much as 40%. 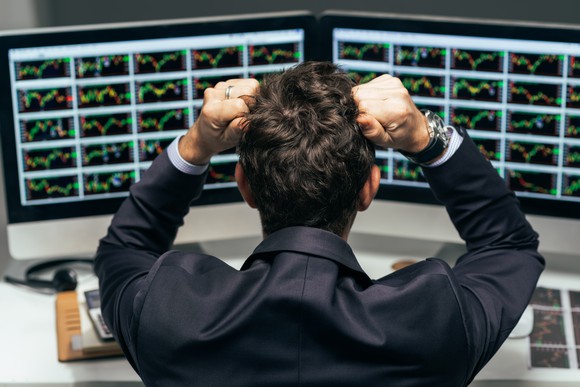 More than anything else, investors were spooked by management’s guidance update. Earlier forecasts that estimated the company’s 2018 revenue would be $363 million at the midpoint were slashed to $348.5 million. Comparable-restaurant sales forecasts were also decreased: The company now expects a 3% decline versus a 1% increase.

Zoe’s reported a 13% revenue increase, but the company still reported an operating loss this year versus a profit last year. Margins decreased this quarter as labor and store operating expenses increased more than revenue, growing 21% and 22%, respectively. Increasing labor costs are being blamed across the restaurant industry for narrowing margins, and this is likely to continue. Management expects to close 5 to 10 underperforming stores, which could be accretive to margins in future quarters while helping the company preserve cash.

Although expenses assigned to the cost of sales grew slightly less than revenue at 12.2%, management notes lower commodity costs of beef and poultry were the drivers for the slower growth. Unfortunately, commodity costs are essentially uncontrollable for most restaurants, and this could soon reverse.

From my viewpoint, perhaps the most discouraging matter is Zoe’s inability to deliver on its value proposition, which is healthy, fresh fast-casual dining. Although numerous studies show a Mediterranean-inspired diet is healthier than the traditional Western-based diets most fast-food restaurants specialize in, Zoe’s appears unable to take advantage of this despite offering keto, gluten-free, and vegetarian-friendly offerings.

As the company appears unable to deliver on its marketing strategy, the company may want to seek a partnership — perhaps resurgent Weight Watchers International — to reverse sluggish comps. Zoe’s has a few positives in the offing. Its digital business is showing signs of life with comps up 26% in the first quarter, showing that the new app and ZK rewards program are contributing in a positive way. Although a small part of the revenue mix, delivery sales increased 155% during the quarter.However, until the company can show positive comparable sales growth, it’s likely to continue to underperform the greater market. Increasing labor costs will continue to weigh on margins, so it’s imperative that management focuses on increasing traffic.