Not much has gone right for leading propane supplier Ferrellgas Partners LP (NYSE:FGP) in the last year and a half. The ongoing crisis started well before that when the former management team made a series of ill-timed acquisitions to build a midstream business. It didn’t go well. That forced the former dividend darling to slash its distribution and instead divert cash flow to deleveraging its balance sheet.

While the board of directors brought back the company’s namesake and former CEO James Ferrell to lead the turnaround, a mountain of debt and souring market fundamentals for propane have made that difficult. Shares are now down 80% since September 2016.

Considering Ferrellgas Partners owns recognizable national brands, such as Blue Rhino exchangeable tanks, and the company’s strong market position, bargain-hunting investors may be tempted to bet on the turnaround strategy proving successful in the long run. Is there any argument to be made for buying the propane stock? 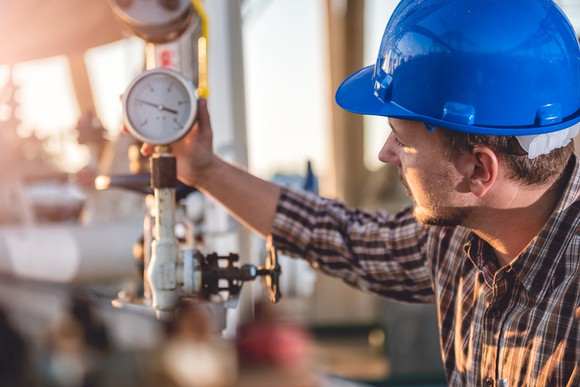 An unusually cold winter offered surprisingly little relief for the business in the second quarter of fiscal 2018, which ended on the last day of January. The company sold 16% more total gallons in the most recent period compared to the year-ago quarter. That is certainly reflected in the top line, but higher operating expenses stopped the benefit from trickling down to the bottom line.

Meanwhile, the midstream business maintained its gross margin while growing revenue. Management noted that the business has stabilized and is focused on growth, which it expects to achieve by higher production in the shale basin in which it has a presence. That will be key to boosting cash flow and paying down debt as quickly as possible.

Some nuance is needed here. The turnaround strategy hinges on the ability of Ferrellgas Partners to clean up its balance sheet. Doing so has forced the propane supplier to take a string of noncash charges in recent periods, which impact net earnings. Management was careful to point out that excluding noncash charges, net earnings would have been $47.3 million, representing year-over-year growth of 26%.

Similarly, Mr. Ferrell has decided to take the company back to its roots by investing heavily in customer acquisition and propane tank exchange products, such as those offered by the identifiable Blue Rhino brand. While diverting capital to growth right now is risky given the circumstances, it may be necessary to pull out of the current rut. For the most recent quarter, Ferrellgas Partners reported 1% customer growth (a respectable amount for the mature business) and 15% volume growth in tank exchange programs compared to the year-ago period.

The company was also able to reduce its leverage ratio (defined as total debt divided by EBITDA) from the first quarter of fiscal 2018 to the most recent three month period: from 7.57 to 6.96 times. Management noted that’s well below the upper limit allowed by its debt arrangements, which stands at 7.75 times. 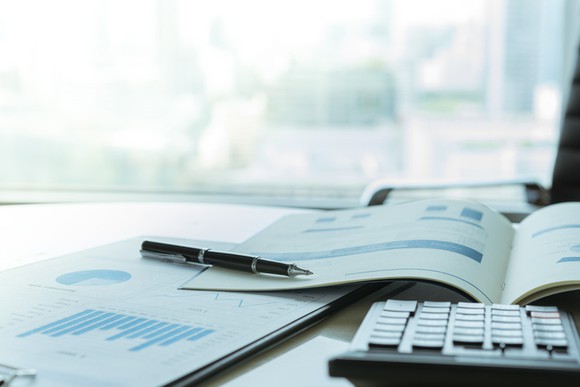 However, those same debt arrangements require the company to achieve a maximum leverage ratio of 5.50 times by the end of July 2018. It won’t be possible to increase earnings enough in that amount of time to lower the ratio. So barring a major asset sale in which the proceeds are used to pay down debt, the step down will be impossible to meet.

That means Ferrellgas Partners will need to extend the date or alter its arrangement with creditors. While such a move would not be unheard of, the company boasts an enterprise value of less than zero, which will make creditors wary of extending too much leniency. Investors will need to wait to see how the negotiations go, but the gap between where it is now and what creditors want to see serves as a reminder of the company’s poor financial strength.

Pass on this propane stock

Ferrellgas Partners made progress on some fronts in the most recent quarter, but investors have to squint really hard to see it. Given the toxicity of the balance sheet and lack of meaningful cash flows from the midstream business, the important thing isn’t simply making progress, but making enough progress at a hasty enough pace to stave off uncomfortable outcomes. Then again, an 80% stock decline is pretty uncomfortable. Long story short, the propane leader simply isn’t turning things around at the rate needed to make even the most risk-seeking investors want to jump into a position right now.