Kratos Defense & Security Solutions (NASDAQ:KTOS) is a company that, for years, has asked investors to look past current results in favor of the business’ longer-term potential. The company in the first quarter of 2018 continued that theme, posting a loss of $2.2 million on revenue that came in just short of expectations, but reiterating full-year guidance.

Kratos has made steady progress, particularly in its unmanned systems business. Yet it also predicted second-quarter revenue that was shy of analyst expectations, which is unsettling news from a company with a history of making promises about profitability and then failing to deliver.

Is it different this time? And if so, is Kratos a buy? Here’s a look at where things stand at the company and what to expect in the quarters to come. 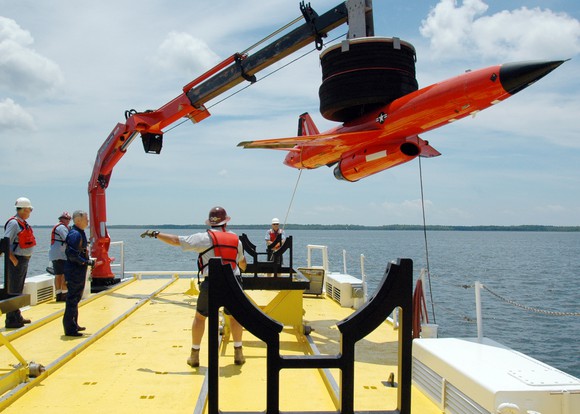 Almost, but not quite… again

Kratos, a onetime wireless-infrastructure vendor that pivoted to become a government contractor last decade, said that, excluding discontinued operations, it generated a profit of $0.05 per share. But the company also forecasted revenue of $140 million to $150 million in the second quarter, short of the $154 million analyst consensus.

The company is the maker of high-speed, jet-powered drones that currently are used for target practice by the military, but Kratos is in the process of developing high-tech drone platforms that it hopes will one day fly alongside crewed aircraft to provide additional firepower and act as a decoy to distract anti-aircraft systems.

Kratos has notched some significant victories so far in 2018, with the U.S. State Department in March approving the sale of the company’s Mako drone to undisclosed countries in Europe and Asia Pacific. In April, privately held Dynetics was selected for the demonstration phase for Gremlins, a Pentagon effort to create drones that can be launched from and recovered by bombers or transport aircraft.

Kratos is providing the drones for Dynetics’ bid and could capture more than one-third of total contract value should the effort continue to advance. DARPA’s goal is to be able to acquire more than 1,000 planes priced at less than $1 million apiece. That could mean substantial revenue to Kratos over the life of the program, should Gremlins be approved.

Meanwhile demand for its target drones is strong enough that Kratos is in talks with an unnamed defense company regarding a potential production and logistics relationship. “We are now more confident than ever that Kratos’ high performance tactical drone business will be a significant organic growth, profit and cash flow driver for our company, which will be growth in addition to that which we are currently generating and forecasting just for our target drone business,” CEO Eric DeMarco said during a May 10 call with analysts.

It’s worth noting that a year ago, on the first-quarter 2017 call, DeMarco told investors he was “fully expecting a return to profitability” in the second quarter of 2017 and that “profitability [would] increase significantly [in the] second half” of 2017.Those profits never materialized, a point made by short-seller Spruce Point Capital as part of a broader report accusing Kratos of “tremendous value” destruction and predicting that shares could drop 40% to 70%. Shares of Kratos dropped 11% on March 16 after that report was made public, but have since recovered most of what was lost.

Spruce Point reiterated its skepticism about Kratos on May 15 on Twitter, questioning the company’s cash flow and revenue figures and calling the company a “trust us” story.

Even the most optimistic supporter of Kratos should take Spruce Point’s warning to heart. The Gremlins project, though promising, is for now just a $38.6 million demonstration contract. And the Mako drone and its sibling, the Valkyrie, remain early-stage, pre-revenue programs that, while full of promise, don’t have much to show for that potential so far.

Although Kratos can’t show real revenue from its advanced drone projects yet, the milestones reached so far in 2018 do point to progress made toward reaching that point. Kratos maintained its full-year guidance for $640 million to $650 million in revenue compared to $603.3 million in 2017 and full-year adjusted earnings before interest, taxes, depreciation, and amortization (EBITDA) of $55 million to $59 million compared to $47.6 million in 2017.

Given Kratos’ track record, I’m not fully confident that the company will hit all of its targets for 2018. But my confidence is growing that Kratos, over time, will make good on at least some of its potential, and the company will either be around and larger in five yearsor will have been acquired at a premium.

This still is a speculative company, and investors should not overcommit. But for those with a tolerance for turbulence, Kratos today is a long-term buy.