Ride-sharing company Lyft recently filed its financial information with the Securities and Exchange Commission ahead of its initial public offering, which could happen as soon as April. With that just around the corner, investors may be wondering whether the company has any specific advantages over its key rival, Uber, or anything that could set it apart from new ride-sharing start-ups.

While Lyft does have a few competitive advantages over newcomers in the ride-sharing market, its prospects of taking Uber’s top spot are a little more precarious. 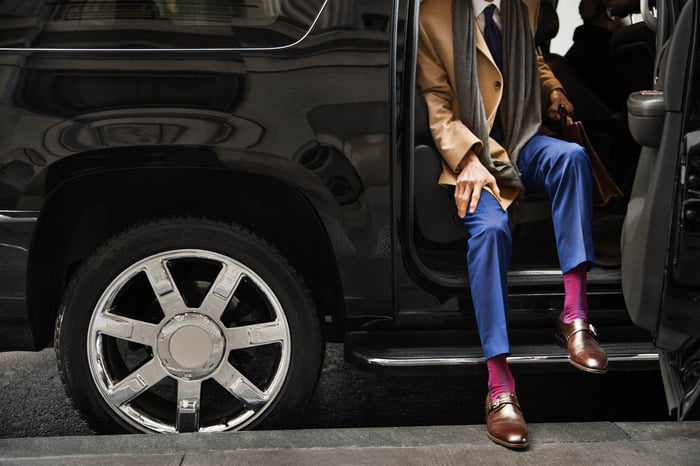 Why Lyft has no competitive advantages over Uber

Lyft said in its recent S-1 financial filing that its main “competitors have greater financial, technical, marketing, research and development, manufacturing and other resources, greater name recognition, longer operating histories or a larger user base than we do.”

That’s a pretty clear statement from the company about how difficult it will be for Lyft to take on Uber, and it’s worth dissecting. Let’s start with Lyft’s financial disadvantage: Uber closed its latest funding round back in October and received about $2 billion, giving the company a valuation of more than $100 billion. Some of Uber’s top investors right now are Softbank, which owns about 15% of the company; GV, the venture-capital arm of Alphabet (NASDAQ:GOOGL) (NASDAQ:GOOG); the Saudi Arabian government, which has a 5% stake; and Toyota.

Meanwhile, Lyft’s latest funding round gave the company $600 million, and its current valuation is about $25 billion — far below Uber’s. Lyft has an impressive list of investors as well, including General Motors (NYSE:GM), which has a 5% stake in the company, and CapitalG, another investment arm of Alphabet. It’s worth noting that Alphabet is playing the odds in the ride-sharing space by buying into both Uber and Lyft through separate investing divisions.

So it’s not that Lyft doesn’t have a strong financial backing: It does. But Uber has raised far more money — $24 billion, compared to $5 billion total for Lyft.

Aside from financials, Lyft doesn’t have quite the same name recognition as Uber and hasn’t been operating as long in the ride-sharing space. Those disadvantages are likely why Lyft has taken 39% of the market share in the U.S., while Uber gobbled up most of the rest.

Again, it’s not that Lyft doesn’t have an impressive amount of the market; it’s just not to the level of creating an advantage over Uber. The company also hasn’t expanded globally. Lyft only operates in the U.S. and Canada, while Uber’s business is now in 65 countries.

Finally, Lyft says that its user base isn’t as large as its top competitor’s. Uber has a total of 75 million riders, while Lyft had 30 million riders at the end of 2018. 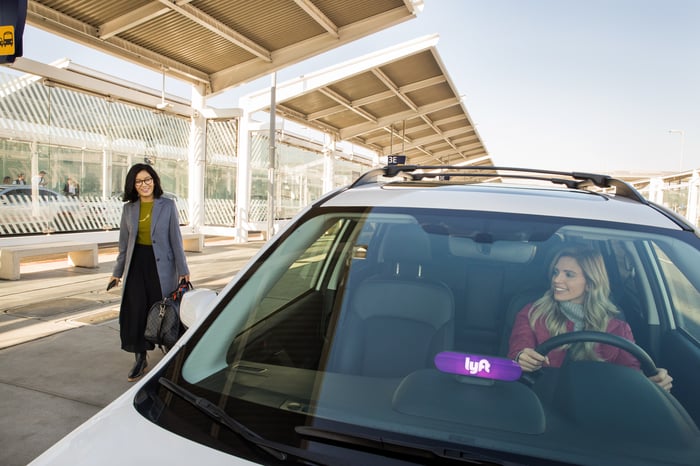 Lyft can still outpace other competitors

Despite all those factors, it’s not all bad news for Lyft. The same things that prevent the company from having the edge over Uber give it an advantage over smaller ride-sharing companies.

For example, Lyft’s 39% market share in North America is a massive advantage over any company that wanted to get into the ride-sharing business. Lyft has strong brand-name recognition, and it would be hard for a start-up without any ride-sharing experience to convince a significant number of users to choose its new business over Lyft.

The company’s strong financial backing should also help set it apart from newcomers. With Alphabet already investing in the top two ride-sharing companies, the tech giant may be more hesitant to throw money to an upstart. And as GM is already a stakeholder in Lyft, it’s likely the automaker won’t pursue another major stake in another ride-sharing company. All of this means that Lyft has some pretty influential companies in its corner, creating a considerable hurdle for any smaller rivals.

Additionally, Lyft is already carving out part of its future in the autonomous-vehicle market through its partnership with Ford, via a separate alliance with AV tech company Aptiv, and by developing its own self-driving team. Lyft has made acquisitions aimed at boosting its AV prowess. It has 300 people working on the technology, and its self-driving division is headed by Luc Vincent, who previously worked in engineering at Google and was instrumental in building Google Street View.

With that emphasis on AVs, which many observers think are the inevitable future of ride-sharing, it will be hard for smaller ride-sharing companies to match the investments, partnerships, and head start that Lyft has in the self-driving space.

If you’re considering investing in Lyft after its IPO, keep in mind that the company may have a hard time taking on Uber. It’s more likely that Lyft will continue to be a strong second-place competitor to its rival, as opposed to the eventual leader.

That’s still a solid position to be in, and as long as the company can figure out new ways to grow revenue and earn a profit from its customers, it doesn’t need to be the top player in ride-sharing to be a great investment. And when it comes to scrappy upstarts targeting a Lyft takedown, remember that its advantages should help keep the company safe for now.