Shares of OneSavings Bank (LON:OSB) have received a consensus rating of “Buy” from the twelve analysts that are presently covering the company, Marketbeat Ratings reports. Two analysts have rated the stock with a hold recommendation and ten have assigned a buy recommendation to the company. The average 1 year target price among brokerages that have issued ratings on the stock in the last year is GBX 472.40 ($6.41).

The company also recently announced a dividend, which will be paid on Wednesday, May 16th. Shareholders of record on Thursday, March 22nd will be given a dividend of GBX 9.30 ($0.13) per share. This is a positive change from OneSavings Bank’s previous dividend of $3.50. The ex-dividend date is Thursday, March 22nd. This represents a yield of 2.47%.

OneSavings Bank Plc operates as a specialist lender and retail savings company in the United Kingdom and the Channel Islands. The company operates through two segments, Buy-to-Let/SME and Residential Mortgages. It offers fixed, notice, easy access, and regular savings products, including ISAs. The company also provides buy to let and commercial mortgages, as well as development loans to small and medium sized developers of residential property; first charge, second charge, and shared ownership residential mortgage loans; and personal and secured loans, as well as funding lines to non-bank finance companies secured against portfolios of financial assets, principally mortgages and leases. 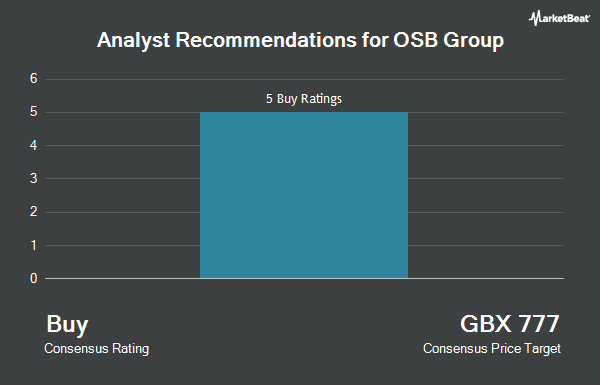