PayPal Holdings (NASDAQ:PYPL) is releasing new products aimed at serving the large, and often ignored, “underbanked” segment of the population. In conjunction with Mastercard (NYSE:MA), PayPal has introduced the PayPal Cash Mastercard in the U.S., the company’s version of a prepaid card, with no monthly fees, no account minimum, and no credit check needed to open an account.

The card allows users to access their PayPal account by using the card anywhere Mastercard is accepted, whether online or at point-of-sale locations. Cardholders will also be able to withdraw their money from ATMs, including 25,000 free MoneyPass ATMs within the U.S.

PayPal users can add money to their accounts via a direct deposit from their employer, deposit a check through the PayPal app on their phone, or deposit cash at 20,000 convenience and drug store locations nationwide. Users who take advantage of these features will also receive FDIC insurance from one of PayPal’s financial institution partners. 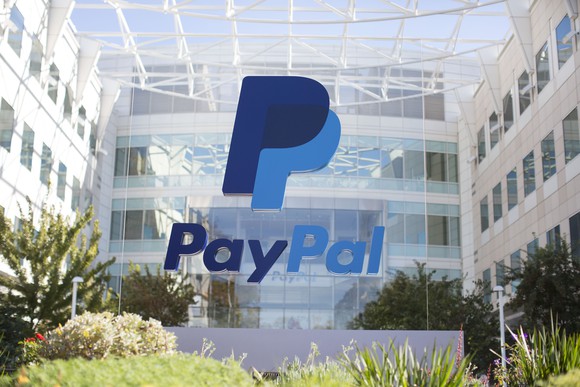 The numbers are simply staggering: According to a 2014 report, 68 million Americans, representing about 1 in every 4 households, either did not have a bank account or were forced to use expensive payday-loan and cash-fronting services to make ends meet. As the report from the U.S. Office of Inspector General described these people, “They are an economically diverse mix of working- and middle-class families, poor and unemployed people … young people, immigrants, and others who are trying to make it paycheck to paycheck.” These constraints not only worsen the living conditions of the underbanked, but also work to hold back the rest of the economy, keeping millions from unlocking their full economic potential.

Obviously, this not just an American problem. In 2014, the World Bank estimated that about 38% of the world’s adult population, approximately 2 billion adults, did not have a proper bank account. While that number has since dropped, it is still high.

…and a profitable opportunity

PayPal management assures shareholders this isn’t a charitable effort, but one that will offer the company the opportunity to produce profits while helping those left behind by the global financial system. In the company’s first-quarter conference call, COO Bill Ready made this clear when asked a question about the economics of offering these types of financial services:

We’ve had some products in market for a while that give us exposure to how these products are 1) used by customers and 2) what those mean to us financially both prepaid cards … merchant debit cards, things like that. And so there’s no material difference in the way we would look to go monetize those customers, and we’ve also had things for the underserved, such as being a little walk-in to a retail location … and load cash onto a PayPal account so somebody in the underserved or unbanked community could participate in the digital economy. We’ve had exposure to those things and we don’t see this as being any material difference in the way we would monetize on those customers versus how we monetize across the rest of our business.

CEO Dan Schulman added that the money the company earns from its new PayPal Cash Mastercard is from “transactions that occur at merchants just like we do typically.” So not only is PayPal bringing more people into the digital economy, it also stands to gain from doing so.

A move into banking?

Some might see these moves by PayPal and wonder if the company is contemplating a transition to becoming a bank. The signs seemingly add up. PayPal is offering more and more services that traditional banks do such as direct deposits, ATM cards, and FDIC insurance. Not to mention, fellow fintech company Square applied for a bank charter late last year.

Schulman was quick to squash this idea, saying, “So first of all, we firmly believe as a company that everyone should have access to affordable, convenient, secure, and low-cost financial services … And I think what we are trying to do is not try to compete or replace what’s going on with banks but work with the financial system to fill in the gaps in the current system so that everyone can afford the opportunities that the digital economy is extending.”

At the end of the day, PayPal is helping improve the lives of millions of Americans and, later, potentially billions of global citizens by providing modern financial services. The fact that it can do this bydoing exactly what it should as a public company — looking for new market opportunities to increase its value to shareholders– is only the icing on the cake.