With upward pressure on the pound abating, investors may find more to like in U.K. stocks.

For much of this year, currency appreciation — a drag on the overseas earnings of global stocks that dominate the FTSE 100 Index — has overshadowed the gauge. That burden eased on Friday as the government reported first-quarter growth figures that missed estimates, weakening the case for a rate increase. The pound dropped the most in almost six months, while the FTSE 100 jumped to the highest since the beginning of February.

Beyond the currency fog, there’s much to like in U.K. stocks, according to a growing number of equities analysts. To begin with, a local market called “unloved and de-rated” by Citigroup Inc. is cheap by historical standards, with the highest dividend yield across all major benchmarks. Forecasts for dividends per share in the coming year are also near the highest since 2005, according to estimates compiled by Bloomberg.

The U.K. has the highest dividend yield among the world's largest stock markets 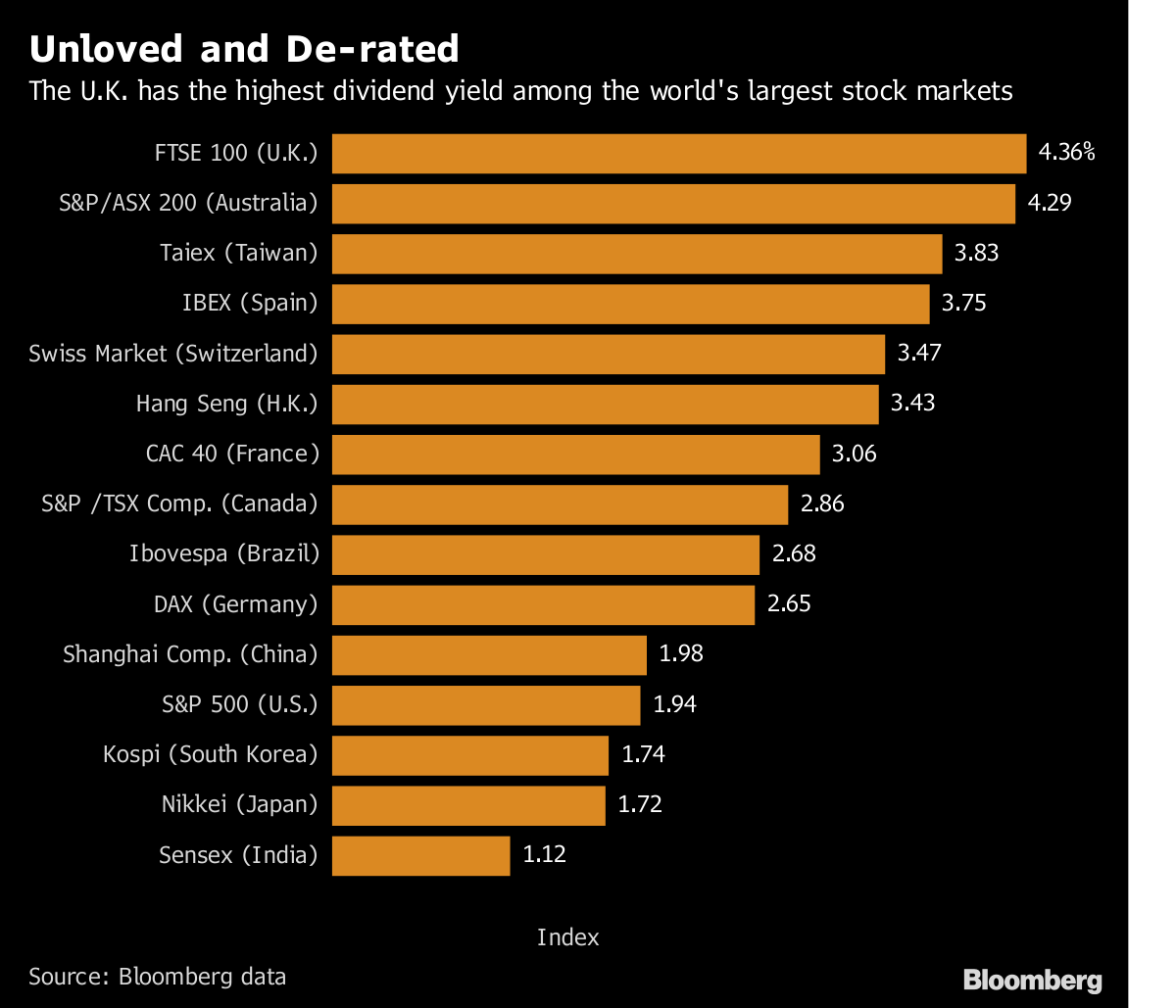 Second, the U.K. is a defensive market that tends to do well when the region’s economic momentum is slowing, which is now the case, Deutsche Bank AG strategists led by Tom Pearce wrote in a note, upgrading the U.K. to overweight from benchmark.

And thirdly, oil prices should support the energy sector, which makes up about 16 percent of the U.K. market by value, according to Credit Suisse Group AG. Brent crude has gained 12 percent this year to trade near the highest since late 2014 amid rising geopolitical tensions and OPEC-coordinated production cuts. Yet this seems to have decoupled from the U.K. stock market, analysts led by Andrew Garthwaite wrote, also upgrading the country to overweight.

Of course, there’s the Brexit discount. With debate raging over remaining in the customs union and avoiding a hard border with the Republic of Ireland, there’s a deal of uncertainty over how the U.K. economy will transition after leaving the European Union. Still, as the Credit Suisse analysts point out, at least the risk of a hard Brexit is now much lower, thanks to a transition agreement reached that will last through 2020.