MKM Partners recently released a bullish note on Alibaba (BABA) stock with a Street-high $280 price target, implying more than 40% upside from current levels. We largely agree with MKM’s bull thesis on Alibaba, and further believe that near-term margin concerns are unnecessarily short-sighted, while big picture investors would be wise to focus on the company’s accelerating top-line growth narrative.

Overall, we feel that BABA stock remains materially undervalued below $200. Given peer valuations and intrinsic earnings growth potential, we believe that BABA stock can easily rally to and above $230 this year, while also maintaining the view that prices above $250 are achievable. 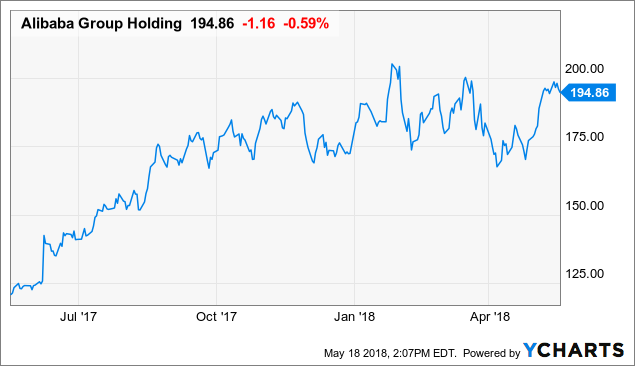 As MKM Partners shrewdly points out, BABA stock has been held down recently by margin concerns. We highlighted this in our most recent article about Alibaba. In that article, we noted that the company is investing big into new-growth expansion markets (like global retail, AI, and cloud computing), and that these investments are weighing heavily on profits in the near-term. But such near-term investments are also powering an increasingly robust top-line growth narrative with improving longevity.

As such, we concluded that Alibaba was astutely following in the footsteps of Amazon (AMZN), Netflix (NFLX), and other hyper-growth tech giants. That means sacrificing near-term margins for long-term profit growth (investors would be wise to read this article, which astutely outlines that this strategy has somewhat become the norm today). Thus, the bear thesis centered around near-term margin compression seemed unnecessarily short-sighted to us. Eventually, growth-related investments will peel back, and margins will ramp up on a significantly larger revenue base. At that point in time, earnings will soar much like they have and will continue to do so at Amazon and Netflix. 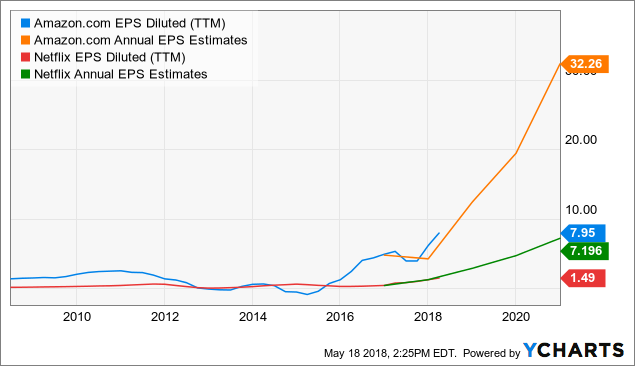 Thus, the most important thing at Alibaba right now is revenue growth, because if revenue growth remains robust, then that means the company’s big investments are paying off.

Thus, across the board, Alibaba’s revenue growth trajectory is actually improving. The only place it is slowing down is in Cloud Computing. That slow-down is by merely 1 percentage point and revenues are still more than doubling year-over-year. Everywhere else, from Core Commerce to Digital Media to user growth, Alibaba’s growth rates are getting bigger.

From this perspective, we aren’t terribly concerned that near-term margins are in retreat. As stated earlier, eventually, Alibaba’s commerce and cloud businesses will scale, management will peel back investments, margin growth will come back into the picture, and profits will head significantly higher in a hurry.

This positive long-term growth outlook is not priced into shares at current levels. Alibaba stock trades at just 30x forward earnings for what the Street sees at 30%-plus earnings growth over the next 5 years. That means that BABA stock sports a PEG (price-to-earnings/growth) ratio of under 1, while the stock market average PEG is 1. That makes no sense considering Alibaba’s earnings growth is projected to be twice as big as the market’s earnings growth (~30% versus ~15%). 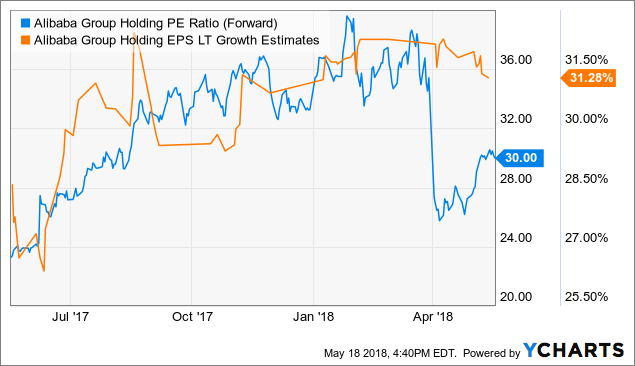 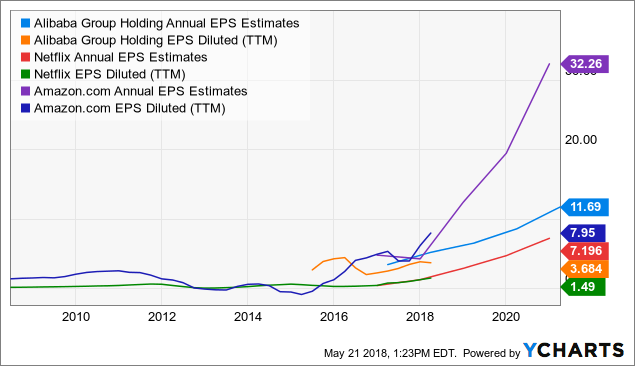 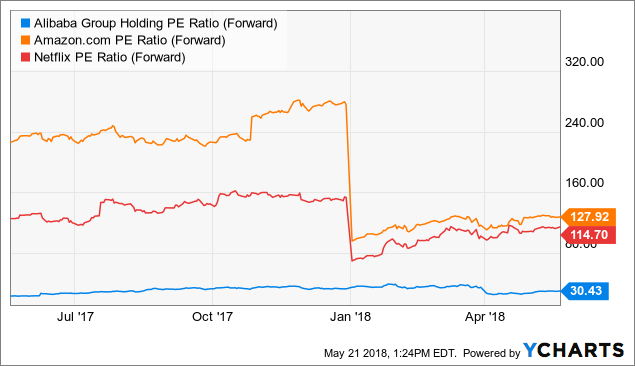 Because of these valuation discrepancies, we feel that BABA stock could easily get to $230 by the end of the year, and further feel that $250-plus price targets for this year are reasonable.

As such, we believe that BABA stock easily deserves a FB/NVDA/GOOG multiple in the 25-30 range. A 27.5-times forward multiple on next year’s consensus earnings estimate of $8.56 implies a year-end price target of over $230.

We also realistically see BABA deserving a multiple north of 30, given its bigger revenue growth. In that scenario, BABA stock could reasonably trade north of $250 by the end of the year (30 multiple on $8.56). 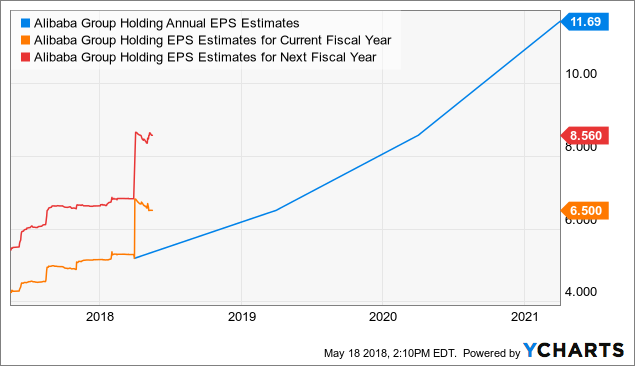 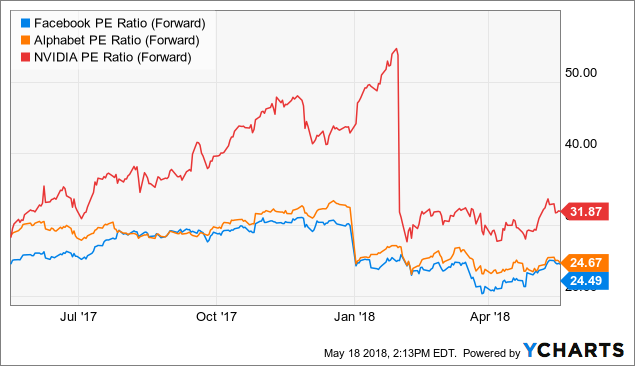 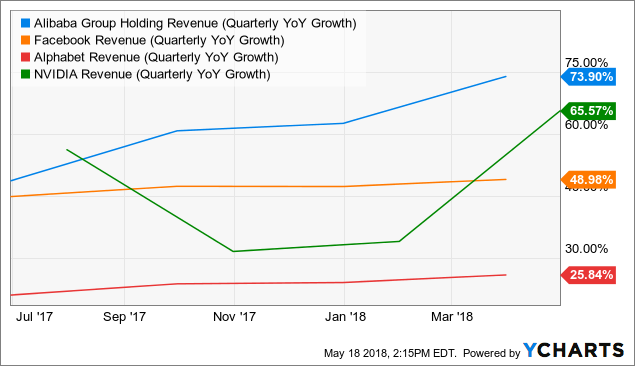 Overall, we feel that Alibaba is a case of discounted valuation converging on a big growth company. That discounted valuation is the result of reasonable, but short-sighted, concerns related to near-term margin compression. Eventually, those concerns will blow over, and BABA’s valuation will normalize. At that point in time, BABA stock will explode higher.