In other Portola Pharmaceuticals news, EVP Tao Fu sold 1,135 shares of the business’s stock in a transaction on Monday, March 12th. The stock was sold at an average price of $38.47, for a total value of $43,663.45. Following the sale, the executive vice president now directly owns 18,346 shares in the company, valued at $705,770.62. The sale was disclosed in a filing with the SEC, which is accessible through this link. Insiders own 4.60% of the company’s stock.

Portola Pharmaceuticals, Inc, a biopharmaceutical company, develops and commercializes therapeutics in the areas of thrombosis, other hematologic disorders, and inflammation. The company is developing Betrixaban, an oral once-daily Factor Xa inhibitor for hospital and extended duration prophylaxis of venous thromboembolism in adults hospitalized for an acute medical illness; Andexanet alfa, a recombinant protein that is in Phase III study for reverse anticoagulant activity in patients treated with fXa inhibitor; and Cerdulatinib, a spleen tyrosine kinase inhibitor, which is in Phase IIa clinical stage to treat hematologic cancers.

Want to see what other hedge funds are holding PTLA? Visit HoldingsChannel.com to get the latest 13F filings and insider trades for Portola Pharmaceuticals (NASDAQ:PTLA). 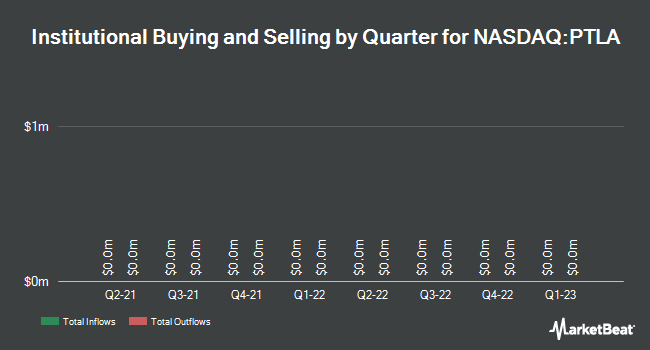