Investors were apprehensive going into Chinese tech giant Tencent Holdings’ (NASDAQOTH:TCEHY) financial report this week, given last quarter’s slower growth and shrinking margins. The company telegraphed its plans to ramp up strategic investments in an effort to increase its market share and drive long-term growth.

Those fears were put to rest, though, when Tencent produced results that beat expectations, showing investors that the company’s longer-term view was paying off. 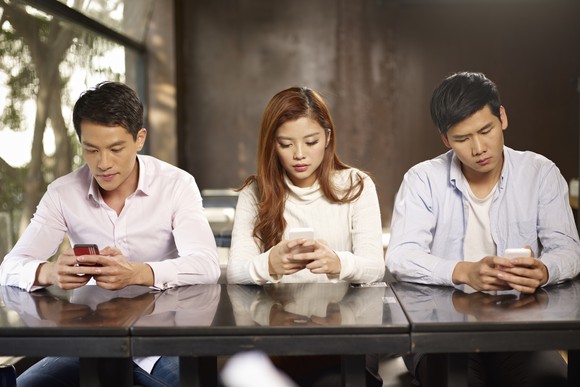 What happened at Tencent this quarter?

The company’s online gaming and social media businesses are booming.

Revenue from online games grew 26% year over year to 28.8 billion RMB (about $4.6 billion) from strength in mobile games, like its blockbuster title Honour of Kings, which boasts an estimated 200 million players, and newer titles like QQ Speed Mobile, similar to Mario Kart.

Tencent also said it achieved “global leadership” in the tactical tournament genre. The battle royale phenomenon, led by Fortnite and PlayerUnknown’s Battlegrounds (PUBG), has taken the world by storm. Fortnite boasts 40 million monthly active users globally across PC and console, and adoption was boosted by its recent mobile release. Tencent owns a 40% stake in Fortnite developer Epic Games and is seeking government approval to introduce that successful battle royale game in China. Tencent also developed and recently launched two games for Chinese consumers based on licensed IP of PUBG, and the company said those games achieved “breakout popularity in China.”

Social media revenue jumped 47% year over year to 18.1 billion RMB (about $2.9 billion), from growth in its streaming video and music subscriptions, as well as sales of in-game virtual items. Tencent’s WeChat (Weixin) social messaging app is ubiquitous in China, and the company said users topped 1 billion for the first time. Streaming video subscribers for Tencent Video (similar to Hulu) increased 85% compared to the prior-year quarter.

Sales of online advertising climbed 55% year over year to 10.69 billion RMB (about $1.7 billion). Advertising on social media soared 68% on an increase in feed ads, while media advertising grew 31% driven by increased ads in streaming video.

The company announced that it has increased the “maximum ad load to two advertisements per user per day” on Weixin Moments beginning in late March, which bodes well for future advertising revenue growth. Much of that growth will be seen in the coming quarter, and Tencent said its sees a “long runway for continued growth” in advertising.

Revenue contributed by the company’s “other” segment increased 111% to 15.9 billion RMB (about $2.5 billion), driven by a doubling of cloud-computing revenue and digital payments businesses.

Tencent Chairman and CEO Ma Huateng (Pony Ma) had this to say about the results:

We drove adoption of our infrastructure services, seeing notable progress in areas such as mobile payment, cloud services, online financial services, and smart retail. We will continue to invest in improving our own products as well as enabling services for our partners, in order to fulfill our mission of enhancing the quality of life through Internet services.

The company doesn’t provide formal guidance, but its plan to “continue to invest” has worked out thus far for investors, and I don’t think that will change going forward.

Since the start of the year, China’s iQIYI (NASDAQ:IQ) stock has been on a tear.  A  Chinese internet vide company, iQIYI was spun off from Chinese search engine  Baidu (NASDAQ:BIDU).

IQ stock, which sold for under $15 at the start of January, was trading for $26 this

Baidu (NASDAQ:BIDU) desperately needs a win. So to BIDU stock investors who’ve seen the shares fall about 26% since the end of September, versus the Nasdaq Composite index‘s almost 7% decline.

While Baidu may be the dominant se

How Hurricane Harvey Is Impacting This Critical Sector 2018-07-10 13:17:29
The numbers are nearly unfathomable...   25 trillion gallons of water... That's roughly how much rain Hurricane Harvey dumped on the Houston area in fewer than five days.   And the 51.88 inches of rainfall measured outside the city is the most ever recorded from a single storm in 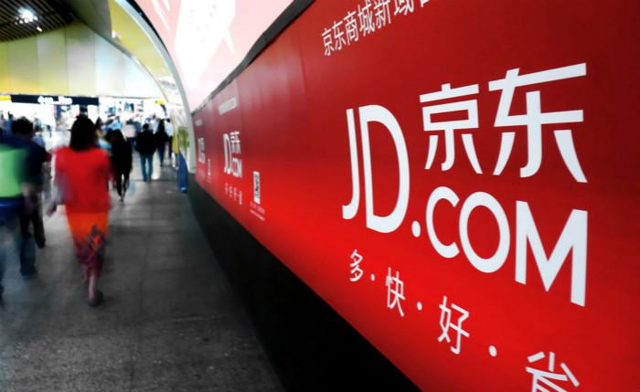 JD.com (NASDAQ: JD) is unlike my usual dividend growth investments and although I have followed the company for some time now I have been wary of making an entry. Despite being the largest Chinese retailer and e-commerce company in terms of revenue, JD doesn't pay a dividend, has struggled to ear 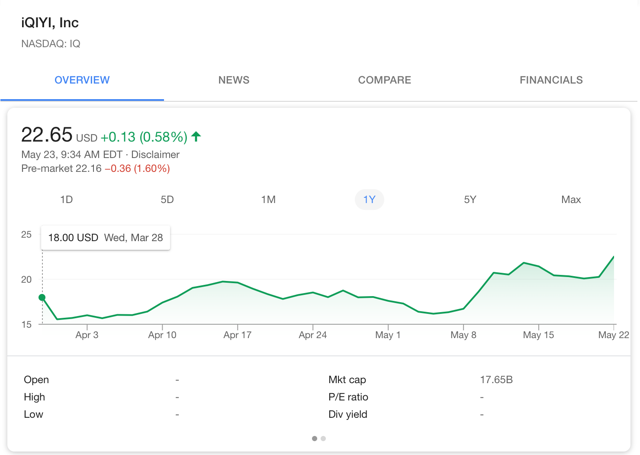 It has been a little while since my last article on entertainment streaming platform iQIYI (NASDAQ:IQ). My last article focused on the one-week performance of the stocks IPO. For most of April, the month of the IPO, the stock was bouncing around within the $15 - $20 range. Just recently, within