Subway, the world’s biggest restaurant chain by number of locations, recently said it plans on closing another 500 stores in the U.S. after closing more than 900 last year. The privately-held company said its focus will shift internationally in the decade ahead.

Investors can’t buy Subway, but for those who own shares of other restaurant chains, Subway’s announcement is great news.

The restaurant industry has been struggling with falling same-store sales the last few years. The metric, which combines foot traffic and the size of guest’s bills, is a key measurement for individual location growth and profitability. The more customers who use a store, the more profitable it is for the owner. 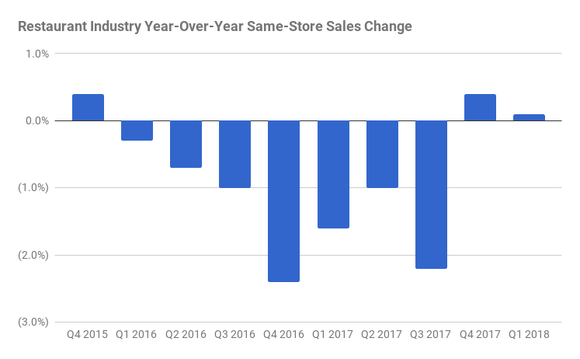 Same-store sales have recently eked out small gains, but foot traffic has remained negative. During the first quarter of 2018, the average restaurant had a 2.7% fall in number of customers coming through the door compared with a year ago. One of the main culprits has been over-expansion. Consumers have steadily increased their budget eating out since 2009, and restaurant operators have seized the opportunity to expand.

Locations have hit critical mass, though, so some chains are paring back. Subway was one of the chief offenders in the new opening craze, because the company makes money off of franchise fees and can profit even if a franchisee is in the red. As a result, there were more than 25,000 Subways in the U.S. last year. However, total nationwide sales are now suffering — which does impact franchise fees — thus creating the need to consolidate.

Why investors should care

While a few chains have bucked the trend the last few years, overall foot traffic and same-store sales have suffered across the industry. With a significant number of stores from the biggest restaurant operator shuttering, foot traffic at surviving chains could see an uptick and improved profitability.Which restaurants could benefit the most from Subway’s pullback? 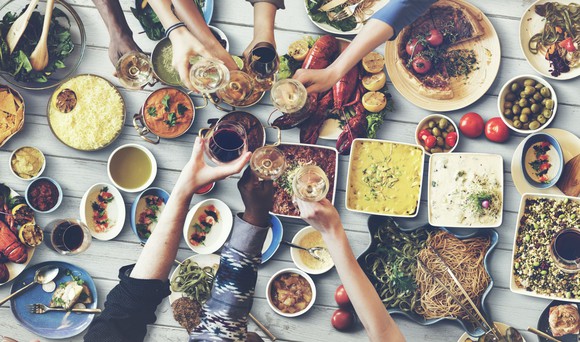 In the casual dining segment, Texas Roadhouse (NASDAQ:TXRH) has been a standout for years. Same-store sales contraction hasn’t been an issue there, even as the company has expanded its footprint. While Roadhouse isn’t a direct competitor to quick service brands, it operates primarily in suburbia — a market Subway is strong in as well, tucked away next to grocery stores and in small shopping centers in neighborhoods across the country. If those underserved areas end up with even fewer options to grab a meal on the go, the steakhouse’s growing to-go order initiative could get a bump.

On the other end of the spectrum is McDonald’s (NYSE:MCD), which is building off of a rebound in the U.S. with all-day breakfast and new value menu items. Foot traffic stateside remains a challenge, but comps have been trending higher due to bigger guest ticket sizes. The company has also been trying to vary its menu to appeal to changing tastes and incorporate order-ahead and delivery options. Hundreds of Subway locations closing up shop will undoubtedly send some people seeking a fast lunch in McDonald’s direction, which is the second largest restaurant chain after Subway.

Lying somewhere between traditional table service and fast food is Chipotle Mexican Grill (NYSE:CMG) — still attempting to recover from several food scares over the last couple years. The leading fast-casual chain also has a new CEO who has hinted at making menu changes and possibly adding drive-thrus in the near future. No longer a small upstart, with over 2,400 locations, lunchtime could get a boost here as well due to Subway’s retreat. Same-store sales have begun to show signs of life, and management sees them rising in the low single digits in 2018.

While it’s too early to tell if the restaurant industry’s days of expanding without regard for profitability are over, Subway closing hundreds of stores is a positive sign for investors. With industry same-store sales showing early signs of rebounding, 2018 could end up being a turning point after several years of struggle.