Target (NYSE:TGT) has rebuilt its brick-and-mortar business around private label brands designed to give consumers a reason to visit its stores, proprietary labels that you can’t get anywhere else.

The chain is applying a two-tier strategy in creating them. First, the company has revamped much of its apparel and housewares lineup with private labels. These are company-created brands that may have very appealing items but aren’t in-store draws on their own. That’s because brands like JoyLab activewear and GoodFellow men’s clothing have no brand equity — consumers may like the products once they see them, but they aren’t going to Target for brands they’ve never heard of.

To correct that, part two of Target’s strategy sees it partnering with big names to draw attention. These deals include the Hearth & Hand line partnership with Chip and Joanna Gaines, Cravings by Chrissy Teigen (a kitchen items collection), and a just-announced deal with Vineyard Vines.

These top-tier deals bring in customers and gain attention. That exposes consumers to all the other private labels in the Target family. 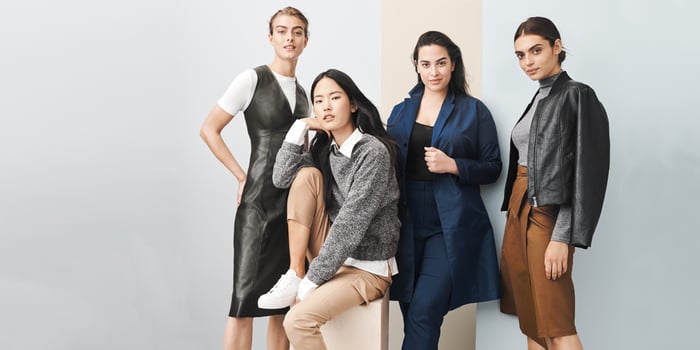 You have to own it

It’s fair to say that Target has revamped much of its merchandise around private labels. In apparel specifically it has phased out many familiar brands it doesn’t own for private labels that it does, and has done so at an aggressive pace. The chain launched 12 new brands in 2017, and kept up the pace in 2018. CEO Brian Cornell explained why private labels matter during the chain’s fourth-quarter 2017 earnings call.

“In a world where everything is increasingly commoditized, each one helps differentiate Target and build preference for our overall brand,” he said.

It’s a strategy built on each brand supporting the others, at least indirectly. According to the CEO, it’s working so far. “While each brand has delivered incremental sales, they’re working hard across our assortment, driving traffic to other categories and inspiring cross-shopping,” he said, “For example, we were highly intentional about launching Hearth & Hand early in the holiday season. It was an invitation for our guests to explore and an opportunity for inspiration, driving results across home, but also helping categories like food as well.”

Target has committed to the strategy of using private labels to drive traffic, and it continued to do that through 2018. Chief Marking Officer Mark Triton explained how driving consumers to the chain’s stores helped sales during the Q3 2018 earnings call.

“Third quarter data showed we continue to gain meaningful share across every one of our core merchandising categories, and nearly all of the subcategories beneath them,” he said. “This reinforces what we have been saying for some time, that traffic is a key measure for us because whenever we gain a new trip from a guest, they tend to shop multiple categories, lifting performance across the board.”

If you build it, they will come

Target’s private-label investments and top-tier partnerships have been working. Its latest deal with Vineyard Vines may take that to new levels. This deal isn’t like Target’s other private label partnerships — it’s a limited-edition collaboration between the two companies that will bring the trendy lifestyle brand to Target through an exclusive collection of merchandise.

“The collection includes more than 300 unique items spanning home and outdoor goods, pets, as well as apparel, accessories and swim for the entire family,” according to a press release. Items will cost between $2 and $120, with most under $35.

Essentially, this takes a brand that sells a single-color men’s polo shirt for $64.99-$79.50 and brings it to the masses. That’s an interesting choice for Vineyard Vines, which may devalue its brand, but it should be a huge draw for Target. It could help get customers in the door and expose them to the chain’s lesser-known private label brands.

Target has built a system of partnerships that funnels traffic to its stores. That leads to consumers buying the chain’s other brands, and perhaps eventually builds some of those into draws on their own.