Stocks rose for a third day as the Fed’s decision to leave interest unchanged yesterday continued to fuel the market. 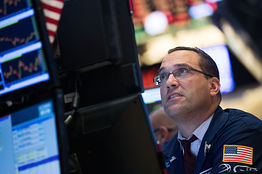 BMO Capital Markets’ Brian Belski and team are increasing their price target for the S&P 500 to 2,250 by the end of the year:

By not hiking rates, the Fed provided the markets with precisely what they had been expecting, and in doing so, removed a significant downside surprise, in our view. Indeed, our base case scenario was that the Fed would inevitably misfire and surprise the markets sometime this year, but it now appears that that is off the table with seemingly only the December FOMC meeting in play. As a result, we see no catalyst for a major market correction or meltdown between now and year-end and are deciding to mark to market our year-end target to 2,250 from 2,100. In other words, investors should be encouraged to add to core positions on minor pullbacks. To be clear, we made no changes to the assumptions in our underlying models. Instead, the new target reflects our pre-established best-case scenario, which has always been a part of our target-setting process. And while our new target reflects only incremental gains from current levels, we see no reason to set it any higher. Why? Because we firmly believe the Fed is going to hike rates at the December meeting based on the fact that there were three dissensions in the last meeting and considering the tone of the statement, which we believed could have been used word for word had they decided to raise rates. So the way we see it is that the market drifts higher from now until mid-December, then the Fed hikes rates and stocks fade into year-end following the decision similar to the market reaction following the December 2015 rate hike.

After a weak 3Q16 we see the bull returning in 4Q16 with S&P 500 upside to ~2300 in 2017…Our 2016 S&P 500 target has been 2100 all year. Weaning markets off monetary support before reflationary traction is assured creates a void. By 4Q16 we see late-90s style labor recovery (inflationary) that prompts gradual Fed exit, leading to modest dollar strength (deflationary), keeping Core PCE <2% well into 2017. This leads to a Goldilocks high P/E multiple in 2017 just as EPS rise. Later, the Fed may overtighten late 2017/early 2018, ending the bull.

Because all good things must come to an end.