The stock markets main gauges will rack up weekly gains of 2% or more, if they can just make it through todays session unscathed.

Theyve got their swagger back, feeling good thanks to a tech rally. Facebook is fully recovered from that Cambridge Analytica brouhaha, and Apples up 15% this month.

But should stocks slow their roll?

Hedge-fund manager Dan Loeb doesnt sound all that bullish, and he delivers our call of the day.

We arent in a time right now where youre going to be rewarded for taking a lot of long-market-exposure risk, the Third Point founder and CEO said yesterday during an earnings conference call.

The billionaire activist investor said he wouldnt necessarily characterize his shops view as bearish, but he is highlighting a sea change.

An important shift in markets happened in the first quarter. Over the past two years, markets were boosted by positive surprises in growth and benign inflation, but during the first quarter, uncertainty returned in each of these areas, he said, according to FactSets transcript and recording for the conference call.

Investors have become increasingly concerned about multiples particularly since, after many years of low rates, theres finally an alternative to equities in the form of relatively risk-less two-year money.

The two-year Treasury yield
TMUBMUSD02Y, +0.67%
this week has climbed to levels last seen more than nine years ago. It was recently at 2.535%. Concerned about multiples is a reference to price-to-earnings ratios or other valuation measures.

And so Third Point is ramping up its bets against individual stocks, according to Loeb.

This is a time where I think we can make money on the longs and on the shorts, he said.

Were just seeing more opportunities to find companies that we think are going to go down or at least materially underperform the rest of the portfolio.

Asked on the call about what looks great in particular for shorting, he demurred: We cant give all our secrets.

But his skittishness is clear, as forecasters say a U.S. recession could hit in 2020.

Were watching closely to see if a recession, which we dont think is close, might be getting closer, said the boss at Third Point, which reportedly may launch a blank-check company as stock-market returns flatten.

See the Market Snapshot column for the latest action. 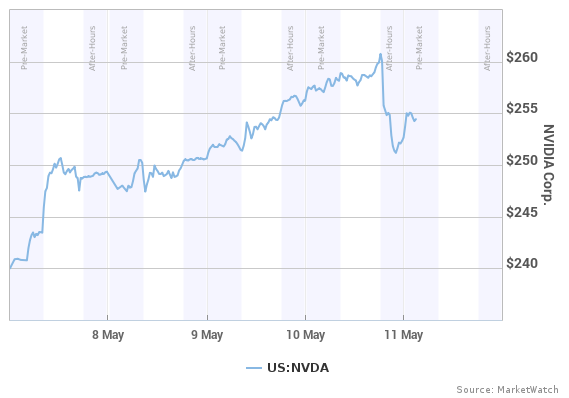 Nvidia is dipping in premarket action.

Nvidias high-flying stock
NVDA, +1.70%
looks on track for a down day, even after the chip giants earnings and outlook topped expectations late yesterday.

Shares are down about 2% in premarket action, as shown in the chart above.

It may not be helping that Nvidia CEO Jensen Huang predicted a drop in crypto-mining revenue, as he also said the company is still waiting to make big bucks from self-driving cars. 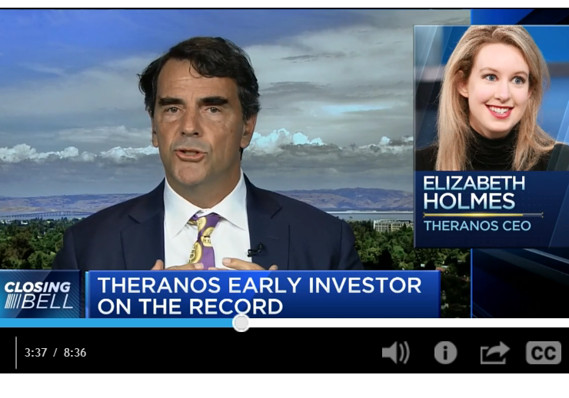 Prominent venture capitalist Tim Draper has defended Theranos founder Elizabeth Holmes who has been charged with fraud as an icon who did a great job, also saying that she was bullied.

Beyond Nvidias premarket retreat after earnings, Symantecs stock
SYMC, +1.50%
is plunging more than 20% premarket after the maker of security software disclosed an accounting probe while posting results yesterday.

Other accounting woes: Paint producer PPG Industries
PPG, -0.88%
has fired its controller and reassigned employees after it found additional errors.

Dropbox
DBX, +1.91%
looks set for a fall following its results late yesterday, and Yelp
YELP, -0.35%
and MarketWatch parent News Corp
NWS, +0.15%
will also be moving after their after-hours reports.

The U.S. has taken a step toward cutting Iran off from the global economy, levying sanctions on a financing network and accusing the countrys central bank of helping funnel dollars to a blacklisted elite military unit.

In his memoir, John McCain describes Vladimir Putin as an evil man.

Figures for import and export prices are on tap ahead of the opening bell, then consumer sentiment hits once trading is underway.

On the Federal Reserve front, the St. Louis Feds James Bullard is due to speak before the open. 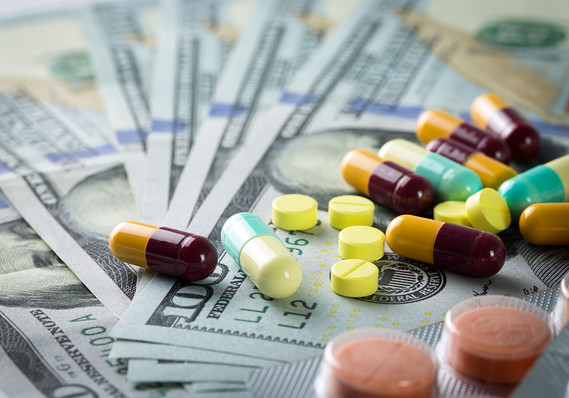 Kenishirotie – Fotolia Drug prices are back in the spotlight.

Until we get closer to policy solutions that address the ability of drug manufacturers to set whatever price they want and increase prices year after year, we may only be scratching the surface of this problem. Juliette Cubanski, a health-care expert with the Kaiser Family Foundation.

Shes among the folks bracing for President Donald Trumps speech on drug prices thats expected to happen today, after some delays.

Trump is turning to the topic following a campaign-style event last night in Indiana.

Adios Airbnb: Madrid is making 95% of tourist apartments in its city center illegal.

Clevelands pitchers have been pondering the existence of multiple Earths.

Cool video, but maybe its just more subterfuge from the robots themselves:

Need to Know starts early and is updated until the opening bell, but sign up here to get it delivered once to your email box. Be sure to check the Need to Know item. The emailed version will be sent out at about 7:30 a.m. Eastern.

And sign up here to get the Friday email highlighting 10 of the best MarketWatch articles of the week.

Heres why the stock market has its swagger backfor now

Seth Godin reveals the secret to boosting your productivity.

We Want to Hear from You