Though the Dow Jones Industrial Average celebrated its 122nd birthday just a few days ago, and has a rich history behind it, the simple fact that it’s a point-weighted index reduces its importance in the eyes of Wall Street and investors. After all, it’s a bit odd if Boeing and Pfizer have similar market caps, yet Boeing has 10 times the influence because of its share price.

If we want to measure the true heartbeat of the U.S. stock market and economy, we can turn to the broad-based, and market-cap-weighted, S&P 500 (SNPINDEX:^GSPC)– actually comprised of just a tad over 500 stocks. It is far more representative in terms of industries and sectors than the Dow. 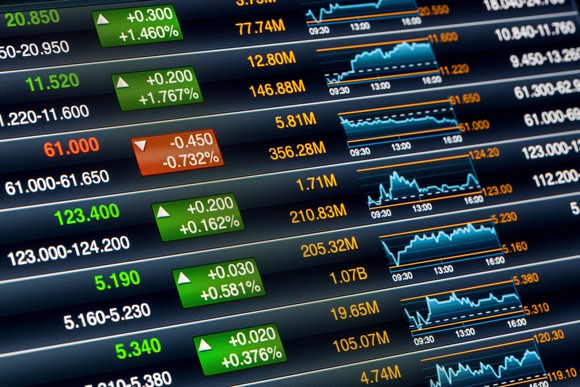 How is a company chosen for inclusion into the prestigious S&P 500? A committee chooses companies based on five criteria:

A market cap equal to or greater than $6.1 billion. The annual dollar value traded to float-adjusted market cap is greater than 1. A minimum monthly trading volume of 250,000 shares in each of the six months leading up to evaluation by the committee. It’s a publicly listed security on the New York Stock Exchange or Nasdaq. It’s a stock that would be representative of the industries of the U.S.

At the moment, not a single marijuana stock fits all these criteria for inclusion. In fact, not a single one even meets the market cap requirement. But if legal cannabis continues to advance in North America, and valuations steadily rise, three pot stocks may have a genuine chance of joining the S&P 500.

The only pure-play marijuana stock with any shot at being added to the S&P 500 anytime soon is Canadian-based Canopy Growth Corp. (NYSE:CGC). Last week, Canopy became only the second pot stock to uplist to a more reputable exchange from the over-the-counter exchanges, and it is the very first marijuana stock to list its shares on the iconic New York Stock Exchange. 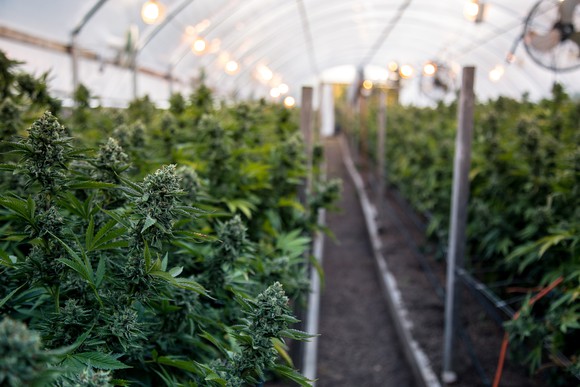 What’s working in its favor is a nearly $6 billion market cap and a healthy average daily trading volume. However, it’s not quite at the market cap minimum yet, and it hasn’t traded on either of the listed exchanges (NYSE/Nasdaq) for long enough to be considered. But that could possibly change by mid-2019.

Canada is on the verge of legalizing recreational marijuana, and is set to become the first developed country in the world to do so. This will open the door to $5 billion, or more, in added annual sales, of which Canopy Growth should be able to garner a significant piece. Canopy Growth already has 2.4 million square feet of licensed growing space, and is on its way to an estimated 5.7 million square feet in growing capacity. At such a size, 500,000 kilograms of annual production are well within reach. If demand is strong out of the gate in Canada, and any concerns of oversupply are dealt with via exports to foreign markets, Canopy Growth has a shot to climb above the $6.1 billion market cap needed for possible inclusion in the S&P 500 next year.

Though not a pure-play marijuana stock, Scotts Miracle-Gro (NYSE:SMG) is another company with a reasonable chance to be added to the broad-based index, perhaps in 2019. Scotts gets its association to the cannabis industry through its subsidiary, Hawthorne Gardening, which provides hydroponics — a method of growing plants using a nutrient-rich water solvent, rather than soil — as well as nutrients, soil, and lighting solutions to the medical marijuana industry. In 2017, Hawthorne accounted for 11% of Scotts Miracle-Gro’s total sales, and delivered a tripling in net income from the prior-year period. 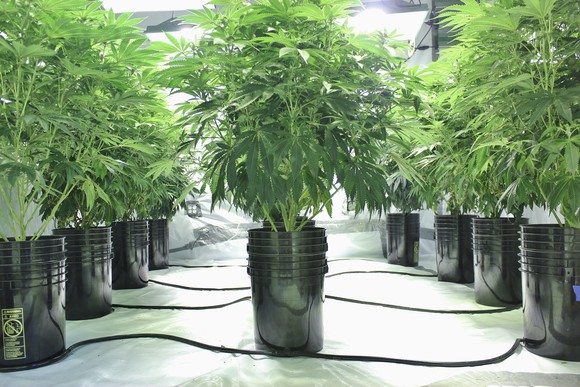 Working in Scotts’ favor is the fact that it has average daily transaction volume in excess of 600,000 shares, and it’s long been listed on a reputable exchange. The one factor working against the company is its $4.7 billion market cap. In January, Scotts Miracle-Gro was very close to a $6 billion market cap, but a slowdown in its Hawthorne Gardening unit, primarily related to licensing delays in California for retailers, hit its stock pretty hard.

The comfort a company like Scotts Miracle-Gro offers investors is that it generates close to 90% of its sales from its traditional lawn and garden operations, which tend to grow by a low-to-mid single-digit percentage. Even if the pot industry in the U.S. struggles mightily, the company is still in decent shape over the long run. But having exposure to the fast-growing weed industry, with far less risk than a pure-play pot stock, is what makes this stock unique and sought after.

Like Scotts Miracle-Gro, LED bulb and lighting system manufacturer Cree (NASDAQ:CREE) is another company with a relatively small reliance on the cannabis industry. In fact, unlike Scotts, Cree doesn’t even break down what percentage of its business derives from the pot industry. Nonetheless, this nascent revenue stream has a chance to really be a bright spot (pun fully intended) for the company in the years to come. 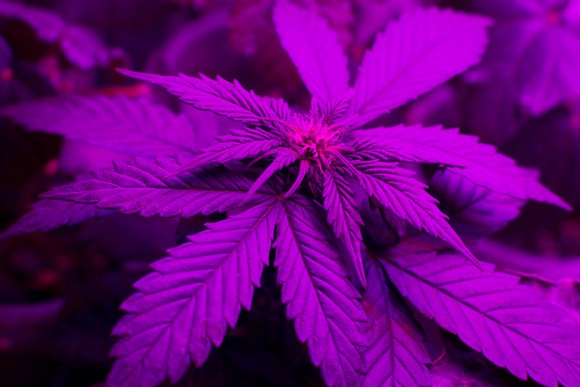 Working in Cree’s favor for inclusion in the S&P 500 is the fact that it’s been listed on a major exchange for a long time and has strong liquidity at nearly 1.4 million shares traded per day. However, its market cap of $4.5 billion will need some work if it’s to gain the attention of the S&P 500 committee responsible for determining inclusion in the index. How does Cree add the market cap needed for inclusion? The simple answer is that it works to convince cannabis growers that LEDs and lighting systems are the wave of the future.

Currently, most growers use high-pressure sodium (HPS) lights for their crops. The lights produce predictable yields, but they generate a lot of heat and need to be replaced frequently. The electricity they draw, along with the climate-control costs to keep a growing space temperate, can create quite the electric bill.

Cree, however, can supply LEDs that’ll last considerably longer than traditional HPS bulbs, and they’ll produce far less heat while using much less electricity. The downsides: LEDs have a much higher up-front cost than HPS bulbs, and their yield may not be as consistent as that of HPS lights. Still, if Cree can demonstrate to growers that LEDs bear similar yields as HPS bulbs, with a fraction of the electricity costs, Cree could become one heck of a hot ancillary pot stock.