Every time we turn around, the marijuana industry seems to be making history. Earlier this year, Cronos Groupbecame the very first over-the-counter-listed pot stock to uplist to a more reputable exchange — the Nasdaq. In January, Vermont became the ninth state to OK the use of recreational marijuana, but it did so entirely through the legislative process, becoming the very first state to do so.

Next month, Canada could become the first developed country in the world to legalize adult-use cannabis. This latter expectation seems to be all but certain, with legal sales expected to commence in August or September.

But it’s not just the traditional recreational weed industry that’s making history in 2018. One cannabinoid-derived drug, to borrow and modify a phrase from Star Trek, appears set to boldly go where no cannabinoid-based drug has gone before: the pharmacy shelf. 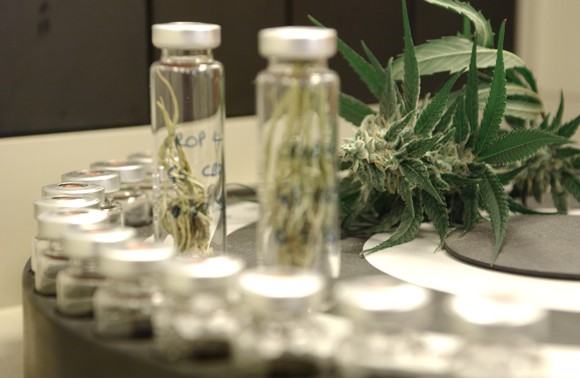 A cannabis-derived drug is very close to making history

GW Pharmaceuticals’ (NASDAQ:GWPH) lead drug Epidiolex is currently under review by the U.S. Food and Drug Administration (FDA) as a treatment for two rare types of childhood-onset epilepsy — Dravet syndrome and Lennox-Gastaut syndrome. Epidiolex utilizes the popular cannabinoid known as cannabidiol (CBD), which is often revered for its medical benefits. Unlike tetrahydrocannabinol (THC), which is the component of the cannabis plant that gets you “high,” CBD does no such thing, making it a potentially attractive option for drug developers and regulators to consider.

To date, the FDA never has approved a cannabinoid-based drug. Though the drug regulatory agency has given the green light to synthetic forms of THC, no cannabinoid-based medications have ever been granted access to pharmacy shelves with the approval of the FDA.

In one pivotal-stage study for Dravet syndrome patients, GW Pharmaceuticals’ lead drug demonstrated a 39% reduction in seizure frequency relative to baseline, which was three times better than the 13% reduction achieved from the placebo. There are no FDA-approved treatments for Dravet syndrome, which could allow Epidiolex to become something really special for the 1 person in every 40,000 people who suffer from it in the United States. 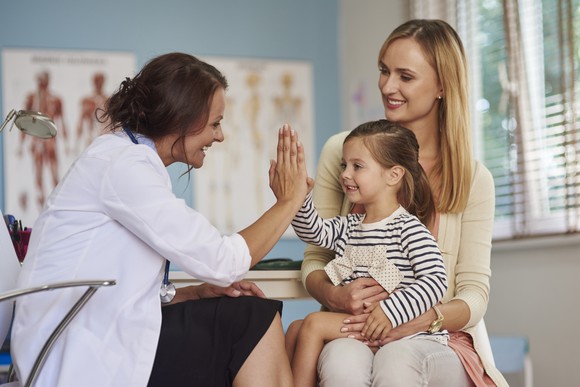 Epidiolex continues to build its resume

This past week, GW Pharmaceuticals’ Epidiolex continued to add to its impressive resume after data was published in the prestigious New England Journal of Medicine that highlighted the results from one of its phase 3 trials involving Lennox-Gastaut syndrome (LGS) patients. An estimated 14,000 to 18,500 patients suffer from LGS in the U.S.

Speaking of feathers in its cap, GW Pharmaceuticals also recently announced late last month that the FDA’s advisory panel had recommended Epidiolex for approval by a unanimous vote. While the FDA isn’t obligated to follow the advice of its advisory panel, it does more often than not. Should Epidiolex get the green light from the FDA on or before its June 27, 2018 PDUFA decision date, it will make history. 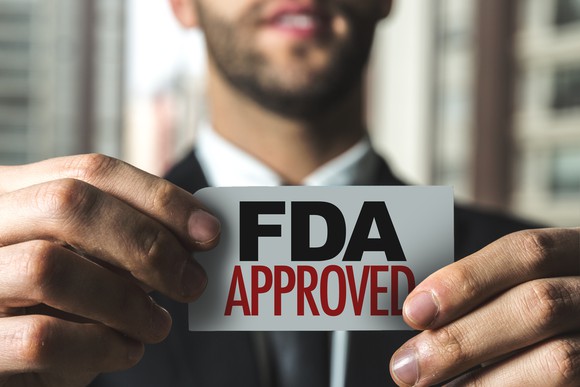 Ironically, shareholders may not benefit… but the medical industry might

Should Epidiolex be approved, sales of the drug, according to Cowen Group, could reach as high as $1.3 billion annually. This assumes organic growth within Dravet syndrome and LGS, as well as the potential for label expansion into infantile spasms and tuberous sclerosis.

But what’s interesting about Epidiolex is that its first-to-market advantage may not hold up for too long. You see, Zogenix (NASDAQ:ZGNX)also is developing a treatment for Dravet syndrome, known as ZX008, that it plans to test on LGS patients soon. In phase 3 Dravet syndrome trials, Zogenix’s lead drug wound up demonstrating a 72.4% reduction in convulsive seizure frequency over the 14-week treatment period relative to baseline. This more than quadrupled the 17.4% reduction in convulsive seizure frequency seen in placebo patients.

Though Zogenix’s and GW Pharmaceuticals’ therapies haven’t gone head-to-head in clinical trials, making their results not comparable on an apples-to-apples basis, it nonetheless could be difficult for physicians to overlook a convulsive seizure frequency reduction rate in excess of 70% in Dravet syndrome for ZX008. In short, this may not be as big a win for GW Pharmaceuticals’ investors as you might think.

The legacy of Epidiolex might best be told in what it could do for CBD’s scheduling at the federal level. If the FDA greenlights Epidiolex and effectively stands behind the idea that it provides medical benefits, GW Pharmaceuticals’ lead drug could be responsible for reforming and rescheduling/descheduling cannabidiol at the federal level. Such a move would open access of this cannabinoid to medical patients in all 50 states.

Needless to say, 2018 is set to be a year of big changes for the marijuana industry.