Tilray (NASDAQ:TLRY) posted its latest quarterly earnings results after hours today, amassing revenue that missed what Wall Street called for, but a year-over-year increase in the price per cannabis gram played a role in TLRY stock surging late Monday. 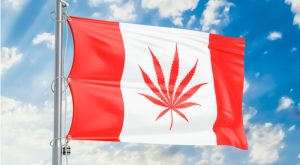 The Nanaimo, Canada-based business tallied a net loss of 33 cents per share for its fourth quarter of fiscal 2018, more than twice the loss of 15 cents per share that analysts called for, according to data compiled by Zacks Investment Research. The company’s net loss was negatively impacted by a $4.1 million charge linked with stock-based compensation.

Tilray also raked in sales of $15.5 million for the period, about $1.5 million below the Wall Street consensus estimate. The organization’s spending on growth, acquisition and an expansion of its international staff were also instrumental in the wider-than-expected net loss.

However, the cannabis business was positively impacted by its marijuana-based products, as the average price per gram was up 5% from the year-ago quarter, reaching $7.52. Tilray said it sold more than 2,000 kilograms of weed during the period.

“Looking ahead, we remain committed to pursuing global growth opportunities and will be disciplined in deploying capital, particularly in the United States and Europe, where we believe we have multiple paths for value creation,” CEO Brendan Kennedy said in a statement.

Tilray said its R&D costs and marketing expenses were up year-over-year. The business added that it had roughly $487 million in cash and cash equivalents to add to its $30 million in short-term investments.