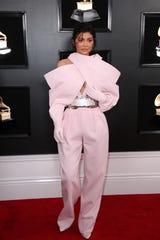 After rallying to a high of $1,365 an ounce this summer, gold has retraced most of its ascent and now stands just 7% above where it started the year. With it have gone some of the biggest names in the industry, though their stock values stand appreciably higher than where they were a year ago. Barrick Gold has nearly doubled in value, Newmont Mining is up 75% for the year, and streamer Franco Nevada gained nearly 25%:

Running with a winner is often a good strategy, but there are three more gold stocks investors should consider for their portfolios not only because they can be bought cheap, but also for the potential they still hold for outsized returns.

Situated for the coming recovery

Unlike its peers, gold-mining giant Goldcorp (NYSE:GG) has had a lackluster year at best, sitting just 10% or so above the year’s starting point. Yet the miner has several things going for it that differentiate it from the others, such as having most of its top-producing mines in countries that are relatively politically stable.