“I just don’t know why they call it a national security threat. That really makes me feel sad,” Toyoda said through an interpreter at the Economic Club of Washington, D.C. “I hope that this kind of conversation can go away.”

The Japanese automaker is concerned about the possibility of increased tariffs on imported vehicles, which may be the Trump administration’s next step after the national-security threat decision.

That Toyoda himself came to Washington to discuss the automaker’s commitment to America illustrates the depth of the company’s concern. Toyoda makes few high-profile public appearances in the U.S. aside from the annual Detroit auto show. 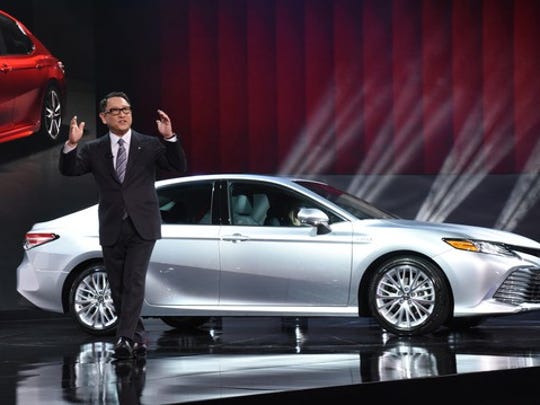 Since Trump began attacking foreign imports after taking office, Toyota has taken steps to emphasize its U.S. investments. The automaker announced Thursday that it will invest $13 billion in the U.S. from 2017 to 2022, up from a previous plan of $10 billion.

It’s back: Toyota Supra is revived at Detroit auto show

But the automaker continues to import about half of the vehicles it sells in the U.S., exposing the company to potentially steep costs if the Trump administration imposes increased duties.

“Regardless of the direction we go, we will never leave the United States,” Toyoda said. “We will stay here.”