With Donald Trump set to announce a decision today on whether to re-impose U.S. sanctions on OPEC member Iran, $200 billion in potential energy deals hang in the balance.

Since sanctions were eased as of January 2016, France’s Total SA has been the only Western energy major to invest in Iran, pledging to spend $1 billion at the giant South Pars gas field. Chief Executive Officer Patrick Pouyanne says Total will withdraw from the project if it doesn’t get a waiver. Total would argue that the gas is for local consumption rather than for exports. If it left, its minority partner China National Petroleum Corp. would take over Total’s controlling stake, according to the head of Iran’s state oil company.

Here are three charts to show how Iran’s oil, gas and petrochemicals industries have grown even without much outside investment.

Back to the Future

Iran's crude exports are back to levels of 2008 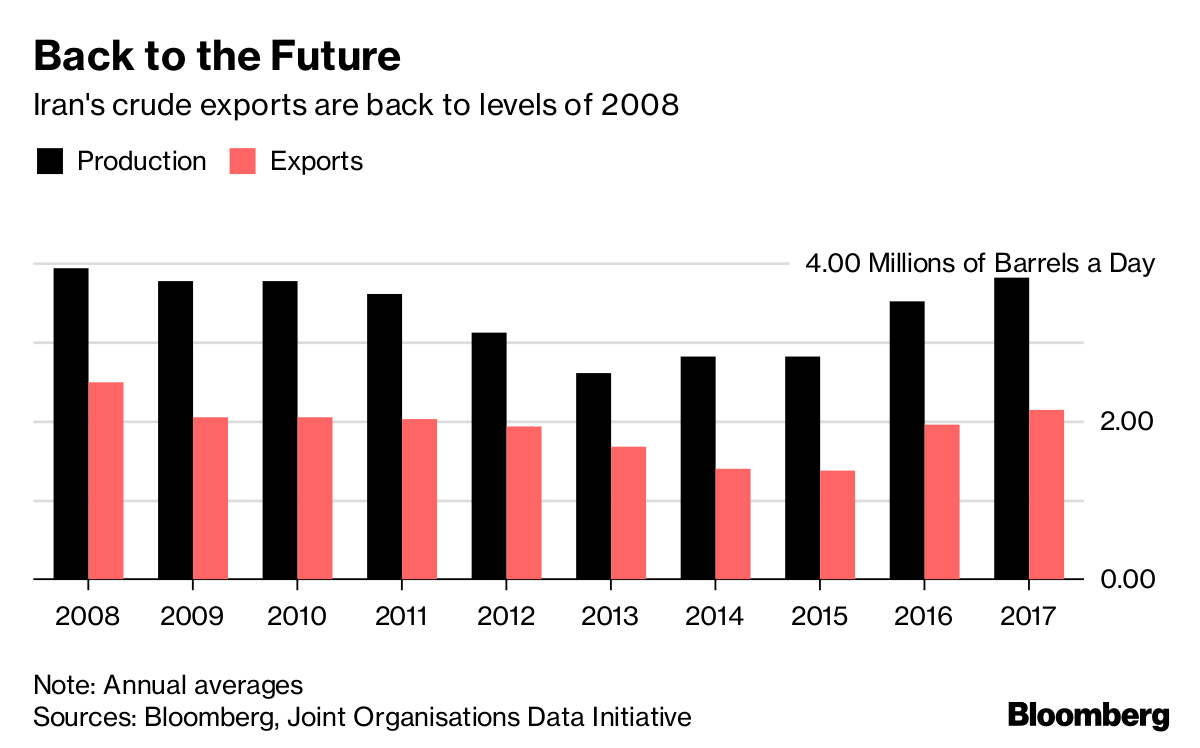 Crude production and exports declined after world powers stiffened sanctions on Iran over its nuclear program in 2012. They rebounded after the curbs were eased in 2016. 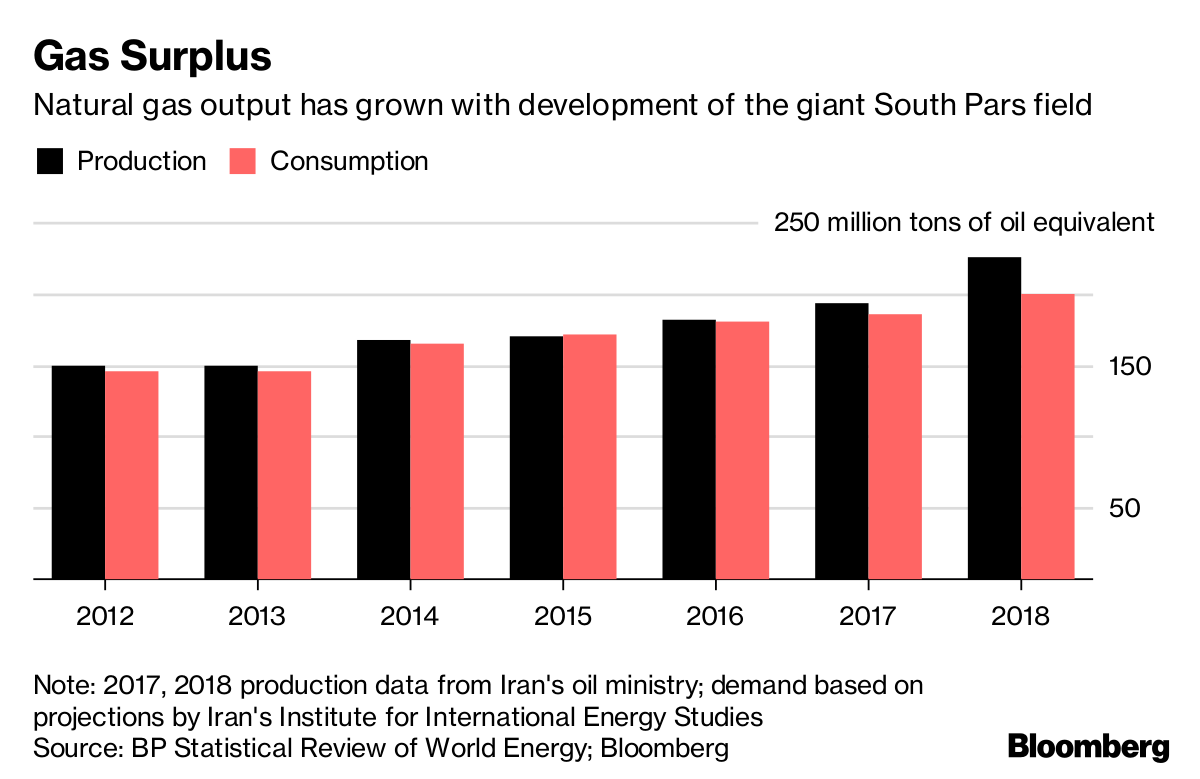 Gas production and consumption have climbed every year since at least 2012. Iran sits on the world’s biggest gas reserves, according to data from BP Plc. The country uses the fuel domestically and also re-injects it into oil fields to boost production from aging reservoirs. 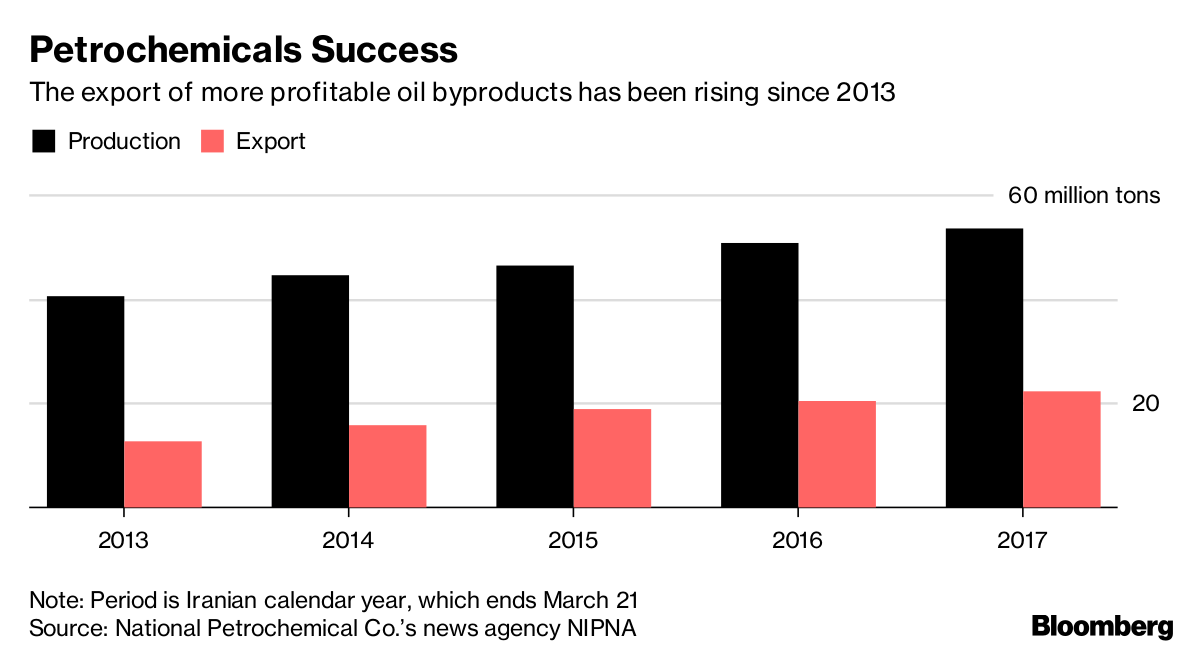 Iran’s petrochemical shipments — including ethylene, methanol and fertilizers — have almost doubled since 2013. Still, with total output of 53.6 million tons in the 12 months ended March 21, the country’s entire output is less than the 71.2 million tons produced in 2017 by Saudi Basic Industries Corp., the largest of the kingdom’s petrochemical companies.

— With assistance by Arsalan Shahla, and Francois De Beaupuy