Let’s dig deeper to see what Ubiquiti Networks accomplished this quarter, as well as what investors should be watching in the months ahead. 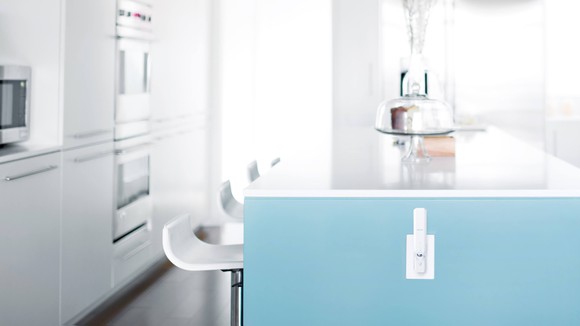 What happened with Ubiquiti Networks this quarter?
On an adjusted (non-GAAP) basis, which notably excludes items related to stock-based compensation and tax adjustments, Ubiquiti’s net income was $76 million, or $0.98 per diluted share, up from $0.78 per share in the same year-ago period. By comparison, Ubiquiti’s latest guidance — provided in early February — called for adjusted earnings per share of $0.92 to $0.99 and revenue between $245 million and $260 million. And though we don’t usually pay close attention to Wall Street’s expectations, consensus estimates predicted lower earnings of $0.93 per share on revenue of $247.9 million. Service-provider technology segment revenue — which includes the airMAX, airFiber, EdgeMAX, and UFiber product lines — declined 3.6% year over year, to $100.9 million, or roughly 40% of total sales. Enterprise technology segment revenue — which includes UniFi and mFi products, as well as Ubiquiti’s consumer-centric AmpliFi and FrontRow products — grew 31.6%, to $149.5 million, or 60% of total sales. By geography:
North American revenue grew 20.7%, to $94.8 million. South American revenue declined 28.4%, to $19.9 million. EMEA revenue increased 29.6%, to $113.7 million. Asia-Pacific revenue declined 9.3%, to $22 million.
Repurchased 4,389,195 shares of common stock through May 7, 2018 for an average price of $66.53 per share. Earlier Thursday, Ubiquiti Networks announced a new $200 million stock-repurchase program. Ubiquiti Networks also repatriated $677.2 million in cash from foreign subsidiaries to U.S. banks this quarter in response to recent favorable changes in U.S. tax law.

Pera further cautioned investors against drawing conclusions from temporary fluctuations on a geographic basis, which he says are largely a function of the company’s “imperfect” supply chain.

“I think they create a misrepresentation of the strength of our business,” Pera added. “But there’s also opportunities there; I think if we could make our supply chain more efficient, we should see increased scale and hopefully more consistencies.”

My goal is to use our cash or capital efficiently and I think as demonstrated by our past share buyback performance, it’s been a much better return on investment versus leaving the cash in the bank. We’re also always looking at acquisitions. The problem with acquisitions is we have such a unique culture that it’s going to be difficult to devote resources to cultural integration. And we’re much faster, in my opinion, growing new technology and new businesses organically. So it leaves, I guess, a good opportunity for us. We have cash on hand and if we feel the stock’s undervalued and we believe in our long-term prospects, it’s [an] easy decision to use that cash to retire shares and improve our future EPS.

Looking ahead to the full fiscal-year 2018, Ubiquiti reaffirmed last-quarter’s prediction that it remains on track to reach the low end of its previous financial guidance, which calls for revenue between $1.0 billion and $1.15 billion and earnings per share of $3.70 to $4.30. Wall Street was less optimistic, with consensus estimates calling for earnings of only $3.61 per share on revenue of $1.01 billion.

All things considered, this was a relatively clean quarterly beat from Ubiquiti Networks relative to expectations. And it’s hardly surprising to see investors bidding the stock up in response.