This article originally appeared on FXStreet.

US President Donald Trump canceled the June 12th Summit planned with North Korean Leader Kim Jong-un. In the past week, there has been some bad blood between the countries. John Bolton's call to apply the Libya model to North Korea angered the regime. Also, the military drill planned by South Korea and the US angered them and Kim called off a coordination meeting.

While the US and South Korea canceled the drill, tensions remained high. North Korea also made a gesture of destroying its nuclear testing facility. Nevertheless, US Secretary of State Mike Pompeo said the US made no concessions and North Korea called Vice President Mike Pense an "idiot".

The signs were on the wall but the news that Trump canceled the Summit still sent shockwaves and triggered safe haven flows into the Japanese Yen, even though the trouble is close to home. The missiles North Korea tested flew over Japan. 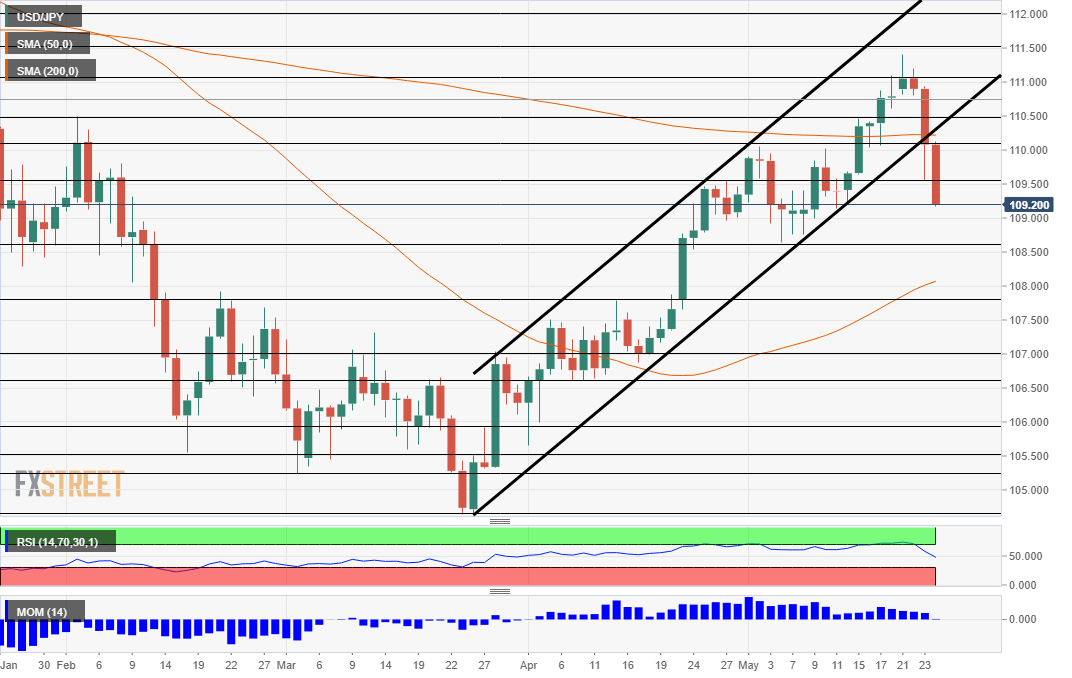 The USD/JPY is trading around 109.30, extending the drops seen earlier. On its way down, the pair confirmed the break outside the uptrend channel (black lines on the chart). The RSI, which was flirting with the overbought territory, was already sliding and it now around 50. However, Momentum is still positive.