For Nike (NYSE:NKE), the news all seems good at the moment. Not even hot NBA prospect Zion Williamson and his incredible exploding Nike shoes can really dent the stock. Even after the “backlash,” Nike stock is just 2% shy of its all-time high reached in September. Analysts, too, have turned bullish on Nike, and a strong rally that began in December shows no signs of slowing. 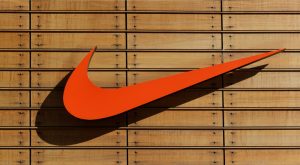 Right now, it seems like the gains in Nike stock should continue. And perhaps they will. But I’ve been cautious on NKE stock despite the rally, and I remain so at $83.65.

The news all seems good — and maybe great — at the moment. Still, there are risks that could trip Nike up as 2019 rolls on.

China has been a significant catalyst for Nike stock of late. Greater China, according to Nike filings, drove 15% of sales in the first half of fiscal 2019. But sales in the region rose 25% year-over-year in the first two quarters, contributing more than one-third of the company’s total revenue growth. More importantly, per the 10-Q, China drove 81% of the total increase in earnings before interest and taxes (EBIT).

For major American brands, China has been a mixed bag of late. Starbucks (NASDAQ:SBUX) did see some deceleration in the market in its fiscal first quarter, but SBUX stock has rallied nicely. Apple (NASDAQ:AAPL) has seen significantly weaker sales and lower pricing in China, leading to pressure on its stock.

Sales in China will be closely watched when Nike reports third-quarter earnings next month.

If Nike can deliver, even in what looks like a weaker macro environment, the optimism toward China will only grow. If there’s any sign of weakness, however, investors might start to wonder from else Nike can drive 20%-plus growth. The answer, at this point, is nowhere.

Risks to Nike Stock: The Economy (and the Stock Market)

A slowing Chinese economy raises a potential risk to Nike. But the same is true in many other markets. Nike’s margins have improved of late as the company has been able to take pricing. Confident consumers are willing to pay full freight for in-demand products.

In addition, increasing direct sales have allowed Nike to work around retailers like Foot Locker (NYSE:FL) and capture even more dollars. But even with both those benefits, earnings growth hasn’t been that spectacular. In North America, for instance, first-half EBIT rose 10%.

There are risks to Nike’s growth both in North America and overseas. In the U.S., in particular, investors seem reasonably sanguine. But another panic could lead stocks lower. And the 20%-plus decline in Nike stock from early October to mid-December shows that market-wide pressure can have a big impact.

The most pressing question at the moment is valuation. Nike stock trades at its highest multiples in years. NKE is valued at 32x FY19 consensus EPS and 27x fiscal 2020 estimates.

This is a great company – and a stock worth paying up for. But at a certain point, valuation matters – and we’re likely at that point. Nike’s growth is expected to accelerate going forward – one reason the Street is behind the stock.

NKE stock, however, is catching up to even those most bullish analysts. The average analyst target price is $87.33 – just 3% above the current levels. It now trades at a significant premium to rival Adidas AG (OTCMKTS:ADDYY), although a discount to Under Armour (NYSE:UA, NYSE:UAA).

It will take a big Q3 report next month to push those analysts to update their models. And I can see why investors wouldn’t want to bet against Nike posting that type of growth – particularly with the company’s track record of topping expectations.

Still, to get there, pretty much everything has to go right for Nike. Right now, everything is — but if that changes, the trajectory of Nike stock could do the same.

As of this writing, Vince Martin has no positions in any securities mentioned.