Apple (AAPL ) is set to release its Q1 fiscal 2019 financial results after the closing bell Tuesday. Wall Street will be watching the tech powerhouse closely after it lowered its quarterly guidance for the first time in over 15 years earlier this month on the back of slowing Chinese growth and subdued iPhone sales. 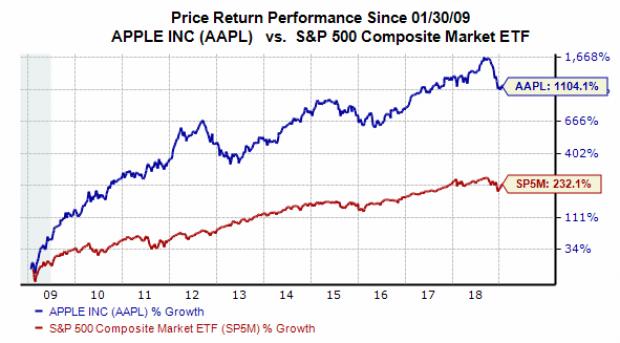 Moving on, it’s time to see what investors should expect from some of Apple’s key businesses, as their performances could determine how AAPL stock trades.

Apple’s Q1 iPhone revenues are projected to come in at $52.264 billion, based on our current NFM estimate. This would mark a roughly 15% decline from the prior-year quarter’s $61.576 billion.

On top of that, iPhone unit sales are expected to fall approximately 15% from 77.316 million to 65.425 million. Apple’s flagship smartphone revenues soared 29% last quarter even though iPhone unit sales came in flat because the last year has presented Apple favorable year over year comparisons based on higher-priced iPhones.

China accounted for 18% of Apple’s revenues in each of the last two quarters. Therefore, as the Chinese economy slows down, Apple’s high-priced iPhones might be even harder to sell in a country that has a ton of more affordable smartphone offerings.

Apple’s services business, which is comprised of Apple Pay, Apple Music, and more, is expected to soar over 27% to reach $10.819 billion. This would come in above Q4’s 17% expansion and the unit’s 25.5% average growth over the trailing six quarters.

Apple is set to release its Q1 fiscal 2019 earnings results after the market closes Tuesday. So, make sure to head back to Zacks for a complete breakdown of Apple’s actual quarterly financial results.

In addition to the stocks discussed above, would you like to know about our 10 finest buy-and-holds for the year?