Investors in streaming pioneer Netflix, Inc. (NASDAQ:NFLX) have had plenty to celebrate, and they are hoping to let the good times roll. Expectations are high, as the stock has gained over 40% so far in 2018, handily beating the breakeven performance of the S&P 500 (SNPINDEX:^GSPC).

Netflix is scheduled to report financial results for the 2018 first quarter on Monday, April 16 after the market close. Let’s take a look at a few of the numbers that will be of most interest to investors. 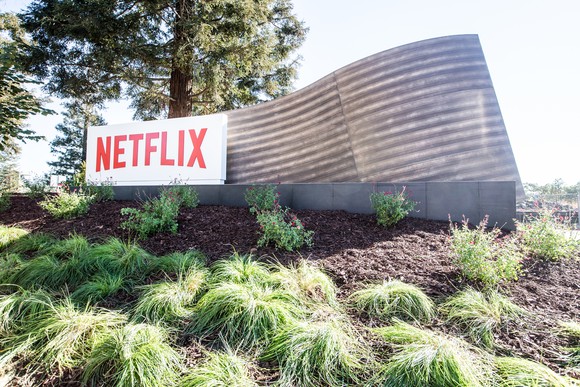 It’s all about the subscribers

When Netflix reports its financial results, all eyes will be on subscriber growth.

During the fourth quarter of 2017, the company added 1.98 million domestic subscribers, up 10.7% year over year, and much more than the 1.25 million Netflix anticipated. International subscriber growth also shined, with 6.35 million additions, up 41.6% over the prior-year quarter and obliterating its forecast of 5.05 million. Netflix said the unexpectedly high customer gains were “due primarily to stronger than expected acquisition fueled by our original content slate.”

For the first quarter, Netflix management said it anticipates global net adds of 6.35 million, up 28% from the 4.95 million net adds in the prior-year quarter. The company expects U.S. subscribers to increase by 1.45 million, and international sub growth of 4.9 million, which would represent year-over-year growth totals of 11% and 41%, respectively.

It’s important to note that the first quarter is a seasonally slow one for Netflix, so these numbers are somewhat lower sequentially than the blockbuster numbers produced last quarter.

On the revenue side, Netflix is forecasting revenue of $3.686 billion, an increase of 39.8% year over year, accelerating from the 36% revenue growth seen for all of 2017.

Other closely monitored metrics will be the company’s profitability and contribution margin. In the fourth quarter, Netflix achieved contribution margins of 34.4% in its domestic market and 8.7% for its international operations, and the company is forecasting 36.3% and 13.1% for the first quarter, respectively. Investors will be watching the results for indications that international profitability is moving closer to what the company has achieved in its domestic market.

Netflix has sky-high valuation, with a trailing-12-month price-to-earnings ratio of about 192 and a forward PE of 153.The company will have to keep up its torrid growth in order to justify this lofty valuation. Investors will be paying close attention to Netflix’s guidance for the coming quarter for indications that subscribers will keep coming.

In order for Netflix to continue growth similar to what it has seen, expect the company to forecast second-quarter domestic subscriber additions of 1.05 million, and for international growth of 5.25 million, for total net additions of 6.3 million.

Investors will also be keeping a sharp eye on second-quarter revenue guidance. Analysts have consensus estimates of $3.89 billion, which would represent year-over-year growth of 39.7%. This is consistent with the growth Netflix anticipated for the current quarter, though it is higher than the 30% to 32% growth the company has produced in the last couple of quarters.

Netflix will have to continue its recent pattern of strong growth to satisfy investors that it’s business as usual for the streaming giant.