Shares of Live Nation Entertainment (NYSE:LYV) closed 12.5% higher on Friday, following the release of strong first-quarter results. Earlier in the day, share prices jumped as much as 14.9% higher.

The event organizer and ticket distributor saw first-quarter sales rise 19% year over year, to $1.48 billion, driven by a similar increase in the number of concerts the company managed during the quarter. Net losses of $0.24 per diluted share were a bit steeper than the year-ago period’s $0.22 net loss per share, though free cash flows increased by 76%, to $46.4 million, and adjusted operating income rose 24%, to $114 million.

The analyst consensus called for a $0.29 loss per share on roughly $1.32 billion in top-line sales. Ticketmaster’s parent company breezed past that top-line target in a period full of seasonal challenges. 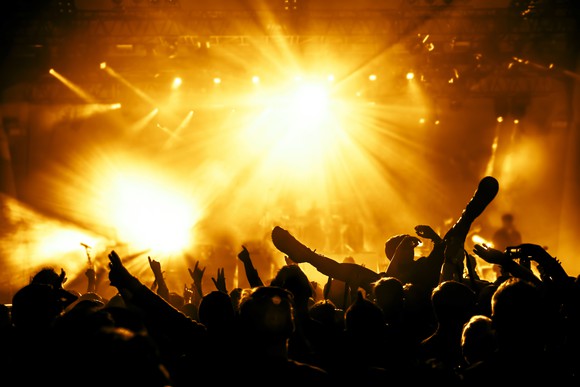 Earlier this week, Live Nation bought the rights to co-manage the Rock In Rio series of enormous music festivals. Earlier, the company grabbed the rights to sell tickets to NFL games. The company is pulling out plenty of stops to score sustainable long-term growth here.

Furthermore, outdoor events packed with Live Nation-managed food and souvenir vendors are becoming a cornerstone of the company’s big-picture strategy. Amphitheater shows, which fall in this category, are leading the way with a 27% year-over-year increase in the number of events planned.

That hum you hear is not a lead singer forgetting the words to an old song — it’s Live Nation’s engine firing on all cylinders. The stock has now gained a market-crushing 42% over the last 52 weeks, but still trades at a very reasonable 13 times free cash flows. There might be more of these market-beating gains waiting behind the scenes.