Agrochemical companies contributed to the demise Monarch butterflies. Now they are joining forces to save them.

The companies are part of a collaborative group, Farmers for Monarchs, that launched in February to try to keep the Monarch butterfly off the endangered species list. The US Fish and Wildlife Service will issue its next list in June 2019.

“There might be many things that we disagree on,” said Pamela Bachman, who works on environmental engagement for Monsanto. “[But] we all agree on Monarch recovery.” 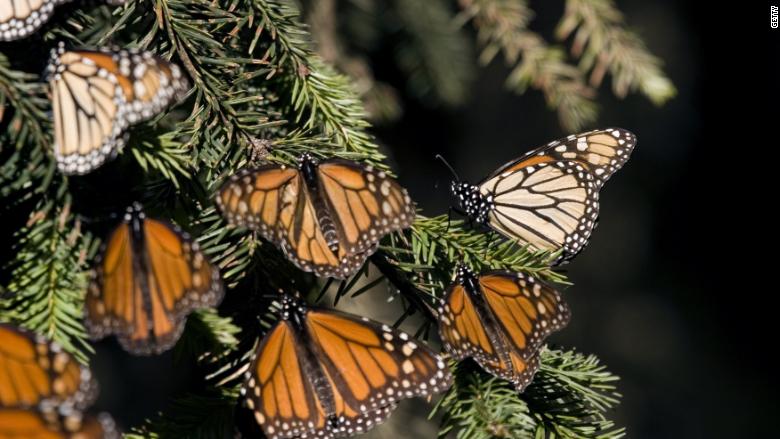 What happened to Monarchs?

Over the past two decades, the population of Monarch butterflies has fallen by 90%, according to the National Wildlife Federation. Scientists think that a number of factors, including climate change, urban development and plant disease, contributed to the decline.

But experts think that one major cause is the decimation of milkweed, the only plant on which Monarch butterflies lay eggs.

In 1996, Monsanto launched a game-changing product: Soybeans that could survive Monsanto’s glysophate-based Roundup herbicide. Farmers who planted Roundup Ready soybeans and later cotton, corn and other crops could spray Roundup indiscriminately, knowing that the herbicide would kill weeds but not crops. Because of that, Milkweed stopped growing between rows of crops, shrinking Monarchs’ habitat.

“That technology changed the face of modern day agriculture,” said Wendy Caldwell, program coordinator of the Monarch Joint Venture, a partnership between government agencies, academic programs and others.

Between 1997 and 2014, the percentage of domestic soybean acres planted with herbicide-tolerant seeds ballooned from 17% to 94%, according to the Department of Agriculture. In that same period, herbicide-resistant cotton went from 10% to 91% of US cotton acres. For herbicide-tolerant corn, that figure grew from 4.3% to 89% in the same period.

Once researchers drew the connection between glysophate-resistant crops and the decline in the Monarch population, critics already calling agrochemical companies out for genetically modifying crops added another grievance to their list.

Companies started launching campaigns to revive the population. Their efforts have ramped up ahead of the deadline to avoid potentially burdensome regulations.

BASF started its Living Acres Monarch Challenge, which helps farmers plant milkweed, in 2014. Monsanto has committed $3.6 million to the National Fish and Wildlife Foundation’s Monarch Butterfly Conservation Fund to help restore habitat. And many of the big agrochemical companies working with Farmers for Monarchs also work with the nonprofit Keystone Policy Center’s Monarch Collaborative, which began in 2015.

Most of these initiatives, including Farmers for Monarchs, focus on ways to encourage farmers to plant milkweed on their land.

If every farmer were to “dedicate a small portion of their farm” to milkweed, “the habitat that had been lost could be retained,” said Eric Holst, associate vice president for wildlife at the Environmental Defense Fund, a nonprofit environmental advocacy group.

The EDF offers incentives for farmers to plant milkweed through a new program called the Monarch Butterfly Habitat Exchange.

“The same way that a farmer will make a decision to plant corn or tomatoes … there will be a market price for prairie restoration,” Hoist said.

Living Acres is helping farmers plant milkweed on land they own, but don’t use to grow crops.

Through Living Acres, BASF has sent farmers nearly 18,000 free milkweed seeds this year. Without help, planting milkweed on non-farm land can be expensive and cumbersome. Farmers have to prep their land, shell out for expensive seeds and make sure that they’re planting the right variety of milkweed, Bachman explained.

Holst estimates that about one million and half more acres of milkweed are needed to reverse the declines in the butterfly population. It’s an expensive target. The cost of planting milkweed and potentially sacrificing farmland to the cause could run “hundreds of millions, if not billions of dollars,” he said. Farmers, whose profit margins are thin, probably couldn’t afford it on their own.

So far, Holst said, the EDF has seen interest in voluntary efforts to bring back Monarch habitat that has been “encouraging, but not sufficient.” 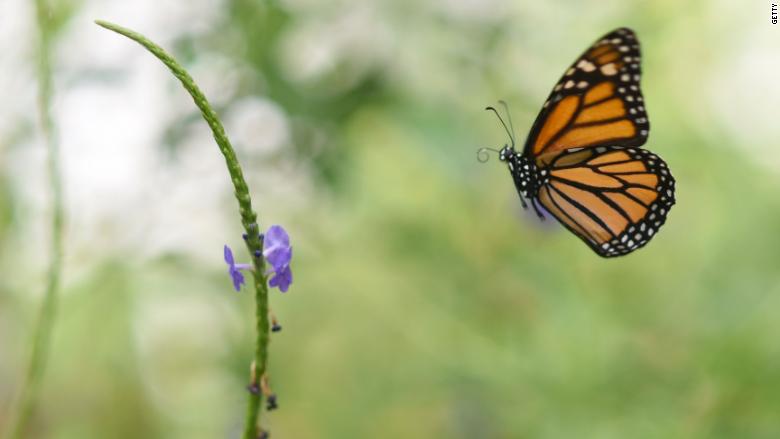 If the FWS does decide to classify the Monarch as an endangered or threatened species, it would work with the Environmental Protection Agency to see whether use of a specific pesticide poses a threat to the species, and figure out whether regulatory action is necessary. Regulatory action could include limiting pesticide use on farmland.

Tom Melius, Midwest regional director for the FWS, said it’s too soon to tell whether a listing is likely, and what exactly it would mean. At this point, he said, the service is “not even thinking about regulations.”

Bachman noted that the FWS may decide not to add the Monarch to the endangered species list even if the population remains low next year.

“They know [reviving the population is] not something we can all get done in a year,” she said. If “well laid out plans are there, that’s also part of the consideration.”

But the uncertainty alone is enough to keep the industry on edge.

If the Monarch is added to the list, “a whole series of laws set in that have to do with conserving critical habitat,” explained Katy Prudic, an entomologist at the University of Arizona. If farmland is considered critical habitat, farmers will likely have to change how they do things.

If companies and farmers’ associations can keep the Monarch off a threatened or endangered species list, they can eliminate uncertainty and maintain control. And, of course, save butterflies.