Riding the wave of enthusiasm for alternative power, Plug Power (NASDAQ:PLUG) has made great strides in bringing its hydrogen-power solutions to the materials handling equipment market. Thanks, in part, to deals with the world’s largest retailers like Walmart and Amazon, Plug Power has grown its top line at a compound annual growth rate (CAGR) of 21% over the past 10 years. This is no small feat considering that Ballard Power Systems (NASDAQ:BLDP), which is arguably Plug Power’s greatest fuel-cell competitor, has only grown its top line by an average of 8% annually over the same period.

As auspicious as the top-line growth may seem, there are reasons why shareholders should take the company’s growing sales with a grain of salt. Let’s take a look at some of the more concerning issues facing the company. 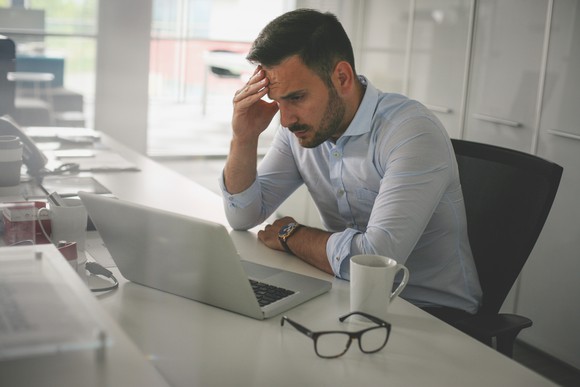 Hanging in the balance

Often, growth companies like Plug Power will rely on debt to help fund their expansions, as they aren’t generating enough cash to accomplish this through organic means. For Plug Power, one of the more encouraging signs, however, has been its ability to grow throughout its history without relying too heavily on debt. In fact, from 2013 through 2015, the company carried no debt on its balance sheet. But times are a-changing.

Primarily the result of a loan agreement with NY Green Bank, Plug Power ended 2016 and 2017 with $24 million and $32 million, respectively, in debt. 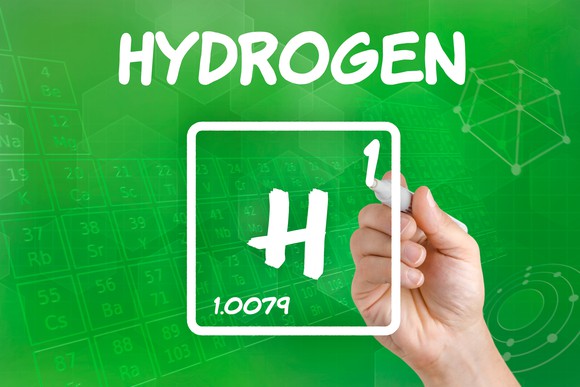 By itself, the fact that the company elected to tapthe debt markets should not raise a red flag; however, the financial position in which the company finds itself should. For one, Plug Power ended 2017 with a debt-to-equity ratio of 0.68, which, according to Morningstar, is its highest ratio in the past 10 years. And if you’re not reaching for the red flag yet, perhaps you’ll be motivated by the company’s most recent quarter, in which its debt-to-equity ratio skyrocketed to 2.18.

Arguably, the debt-laden balance sheet could be more easily tolerated if there were an assurance that the company was generating enough cash to meet its loan repayment obligations, but this is the hardly the case. In 2016 and 2017, Plug Power reported negative operational cash flow of $30 million and $60 million, respectively. And the first quarter of 2018 hasn’t provided much relief; the company reported operational cash flow of negative $24 million.

While Plug Power has excelled at growing its customer base, the company continues to rack up losses on the bottom line. Albeit, profitability in the fuel-cell industry is rare — if it exists at all — but shareholders should be especially concerned with Plug Power considering the performance of its peer, Ballard. 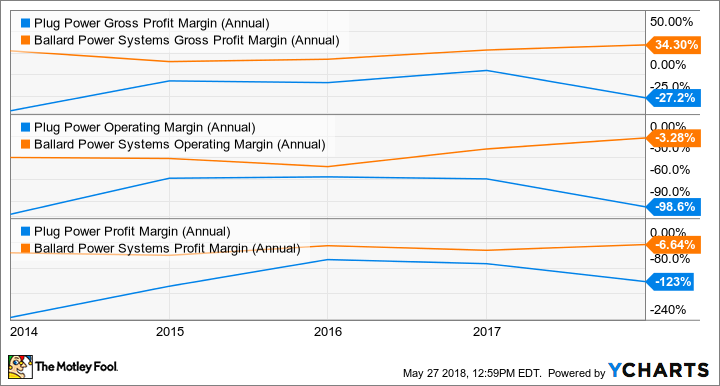 Proving that profitability is not altogether elusive, Ballard has reported a gross profit in each of the past 10 years, while Plug Power has achieved this feat only once during the same time period. Presumably, Plug Power’s profitability woes will extend through 2018. In addressing the outlook for 2018, management’s only reference to the company’s profitability came in the form of referencing its earnings before interest, taxes, depreciation, and amortization, which it expects to be positive in the second half of the year.

A fair degree of skepticism is also warranted since providing accurate forecasts doesn’t seem to be management’s strong suit. The most recent demonstration of this pertains to the company’s first-quarter 2018 gross margin, which management forecast would be in the range of -11% to -13% in its fourth-quarter 2017 letter to shareholders. The company, instead, reported a gross margin of -14.6%.

What’s a hydrogen-hopeful investor to do?

Since Plug Power lacks the luxury of generating positive cash flow, investors should pay close attention to the company’s balance sheet — specifically the loan with NY Green Bank. And if Plug Power continues to take on debt or if the terms of the agreement with NY Green Bank are renegotiated, which happened in 2017, shareholders should exercise considerable caution, because that may indicate the company is in a precarious financial position.Moreover, investors would be well-suited to closely monitor the company’s gross margin in the days ahead, for even if the company manages to achieve a gross profit in the coming year, it will hardly be an indication that it’s out of the woods.

With so many warning flags to monitor, I’ll gladly be watching this story play out from a distance. And absent a considerable tolerance for risk, it would behoove other investors to do the same.